Once upon a time (last year) in a land far, far away (which looked a lot like ours) there was a contractor named Herbert (who reminded me of you). He was hard working and intelligent.

Herbert believed contracts were won through relationships. So he spent a lot of time building them.

Clive liked Herbert for the lunches and dinners Herbert paid for.

During their time together Herbert learned a lot about Clive. Herbert learned what worried Clive at work. He learned how the contracted service impacted Clive’s business. Herbert also heard about improvements Clive wanted to create within his department.

At last, the stars aligned and Clive put the multi-million dollar contract out to bid. Herbert was ecstatic.

However, because of the contract’s size, Clive’s purchasing deparment dropped the cone of silence around Clive. No contractor could talk to Clive while the bid was out.

Herbert didn’t mind. He knew Clive. He’d gotten on the bid list. He was going to produce the mother of all proposals.

So he went to work. He pulled out his best prior proposal. The one that secured his last big contract.

Herbert answered every question in Clive’s Request for Proposal. He used his best answers from the past.

When he was done, he sat back and watched with pride as the FedEx man struggled with the twelve copies of the 165-page, 11-pound proposals.

Time passed. The decision was made. And Herbert’s firm wasn’t selected.

Herbert was devastated. He was crushed. He was deconstructed at the molecular level. Clive, after all, was Herbert’s friend. They’d broken bread together. They were close.

After a period of mourning, Herbert felt he could control the bitterness in his voice. He called Clive to find out why he wasn’t chosen.

Clive told him if the decision was up to him alone, of course he would’ve chosen Herbert. But the dollars involved were too big. And Clive couldn’t jeoporadize his job or mortgage by selecting on relationship alone.

After a long silence, Clive asked Herbert “Why didn’t you use the information I’d given you? Why didn’t your proposal address the specific issues I told you about?”

“Then I could’ve pointed out to the other decision makers that your offer would solve our problems. That you had proposed a specific plan to get it done”.

Herbert learned a painful lesson from Clive. That relationships are important. But become worthless if customer-specific knowledge doesn’t make it into the proposal.

How are you avoiding the Contractor’s Grand Disconnect?

The Grand Disconnect2007-02-122015-02-05http://www.revenue-iq.com/wp-content/uploads/rev-iq_logo_web.pngRevenue-IQhttp://www.revenue-iq.com/wp-content/uploads/rev-iq_logo_web.png200px200px
About
Chris Arlen
I consult with facility service contractors across North America who want to improve that "last mile" of sales success. We collaborate to create winning solutions; I bring outside expertise and best-practices, they bring specific customer insights and organizational knowledge.

I Wish Customers Were Smarter #1Proposals 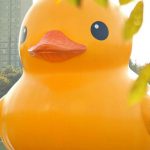 Would You Rather be Barbarian or Duck?Proposals