When is the Right Time to Improve? 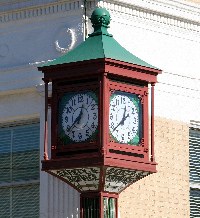 That’s a leading question coming from a consultant. Is it self-serving? You bet.

Now that’s out of the way, let’s look at why this question is worth talking about.

At any time you, or your management are aware of some aspect of your company that should be improved.

If you’re aware of weaknesses or faults, why aren’t improvements going?

I’m not talking about replacing the Accounting Manager or cleaning up the billing mess he created.

It’s not about cleaning up the symptoms. It’s about solving the root cause. That’s the improvement opportunity you know you should be working on, but likely aren’t.

Those projects take effort, time and money (aka limited resources).

Which brings us back to the question “When is the Right Time to Improve?”

Most improvements start when symptoms happen one too many times, or they’re so painful they force you to fix it “once and for all.”

To avoid being stuck in reactive gear, here are some thoughts on the right time to make improvements.

WHY DOESN’T THIS HAPPEN?

Because when you’re successful, you’re working flat out. Starting up new accounts. Serving existing customers. Who has time?

That’s the problem. Just when you’ll benefit most, just when you can leap ahead farthest – there aren’t enough hours in the day.

…you recognize this opportunity that’s available only when the planets align and everything is going well.

…the strategic commitment is made to manage growth. Governing resources in a way that includes on-going, major improvement projects.

The Jack Welch/GE strategy of being 1st or 2nd in each business line meant they were always successful, or they weren’t in that industry. And they were constantly investing in improvements, i.e. Six Sigma.

The lesson, when ahead – step on the gas.

You know this position. It’s when things aren’t going badly, but your business isn’t as successful as you want.

This is a great time and opportunity to implement company-wide improvements. Think about it:

However, this opportunity has major requirements. You’ll have to:

Because there’s not enough pain, yet. The status quo is comfortable. Why change if we don’t have to?

There’s a belief that current improvement efforts are enough. But if you’re not getting the results you want, current efforts are wasting time and resources.

Better act now. Before you reach the phase below.

This is not the best time to work on root cause improvements because:

When things are falling apart there can be a caffeine rush of energy as everyone pulls together. It’s easy to motivate your troops with “Hey, we’re all going to lose our jobs, unless…”

If you’re smart and lucky you survive. For a while anyway. However, if all that was fixed was the symptom and not the root cause then watch out. Another crisis is around the corner.

And the gung-ho enthusiasm of the first time is lessened the second and third times. Just ask any union airline or auto industry worker.

The real crisis with this time is that you’re always forced to solve the symptom. For survival’s sake.

Turn-around management specialists make their living this way. Then they ride off to the next burning business. Lucky them.

If you’re in it, you’re in it. Keep the doors open, but with an eye to solving symptoms for the long-term.

When do you make improvements?

When is the Right Time to Improve?2008-03-022015-02-05http://www.revenue-iq.com/wp-content/uploads/rev-iq_logo_web.pngRevenue-IQhttp://www.revenue-iq.com/wp-content/uploads/rev-iq_logo_web.png200px200px
About
Chris Arlen
I consult with facility service contractors across North America who want to improve that "last mile" of sales success. We collaborate to create winning solutions; I bring outside expertise and best-practices, they bring specific customer insights and organizational knowledge.