Who Defines Your Service? 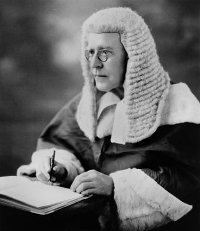 Recently a client brought up the question of “who defines service”. Not WHAT the specs were. But HOW the end-user should receive service.

This client is a large corporate service department of a large, very large corporation (did I say they were large?). They provide service to their end-users, all who are part of the same company. Get the picture?

So, my client, as a service provider, asked “who defines service”?

My client was concerned their end-users would expect Nordstrom’s type service. When obviously that wasn’t possible even with their significant resources.

Their end-users are mandated to use my client. They’re not supposed to have the option of going outside for service.

Mandated or not, end-users still have some expectations of HOW they want to be served.

And my client felt they couldn’t give everything that their end-users wanted. And so the question arose “who defines service”?

We did our best to provide an answer. And it may not have been as definitive, or as satisfying as our client would have wished. But reality is like that sometimes.

Here is one answer in two parts to “who defines service”?

The budget and business contribution of the end-users defines WHAT is done for them. You’ll recognize this as scope defined in service specifications.

The more important and/or valued the end-users, the more services will be scoped, budgeted and paid for to take care of them.

End-users define HOW they want to be served.

The service provider must do everything they can to bring end-users expectations as close to reality as possible.

Then the provider must work hard to help end-users perceive as much of the services that were delivered, and the quality of those services too.

Seems a bit too simple, but there it is. Just because end-users might expect Nordstrom’s service within their corporate office, doesn’t mean they’ll get it.

But the burden to communicate to end-users falls fully, and entirely on the service providers’ shoulders. It’s their job to influence expectations and raise perceptions.

And that’s in addition to doing the work on time, on budget, and in compliance with contract, environmental, social and legal requirements.

Tough order? Nah, it goes with the territory of service provider. Doesn’t matter if you’re an internal department serving your fellow employees, or an outsourced contractor. It’s all part of the game.

How, and who, defines your service?

Who Defines Your Service?2008-08-122015-02-05http://www.revenue-iq.com/wp-content/uploads/rev-iq_logo_web.pngRevenue-IQhttp://www.revenue-iq.com/wp-content/uploads/rev-iq_logo_web.png200px200px
About
Chris Arlen
I consult with facility service contractors across North America who want to improve that "last mile" of sales success. We collaborate to create winning solutions; I bring outside expertise and best-practices, they bring specific customer insights and organizational knowledge.