Aren’t We There Yet?

The Green movement is no longer new. Almost everyone has heard about it, yet not everyone would be considered green. Knowing and doing are quite separate matters.

I wrote the following article,  published in Ecozome, August 2007, about the rate at which we become green. Some of us are there, others en-route, and some not even started. Read on.

What’s preventing everyone from buying only environmentally-friendly products, recycling, and driving hybrids? What stops us from using the green choices already available? Simple answer: human nature.

We are inundated with information and make more decisions in one day than our parents made in a month. We know we should do things differently. However, quantitatively speaking, most of us haven’t, or aren’t, doing as much as we can.

In becoming greener, society faces two challenges. First, there are hundreds if not thousands of ways to be green. The volume of options can inhibit taking action on a few. “Which ones are important?”, “Which ones should be sacrificed for?” Secondly, green options are voluntary. With few enforceable laws, green is still a choice and until public consensus reaches a tipping point, political mechanisms will remain slow to make green mandatory.

To better understand these challenges, we can take a lesson from the Technology Adoption Lifecycle which illustrates how society adopts new innovations.

First developed in 1957 at Iowa State College, the Technology Adoption Lifecycle was later expanded by Everett Rogers in his 1962 book Diffusion of Innovations. This research showed that innovations embed themselves into society over time, via specific groups: innovators who introduce the idea; early adopters who first embrace the idea; early and late majority who represent the mass commitment to an idea; and laggards, who are the last to adopt.

In the Green Adoption Lifecycle, Innovators make up 2.5% of society today. Innovators have been green for a long time and are wholly active right now. They strive to make as little impact on the planet as possible. They don’t care about raised eyebrows as they grow their own food or make their own clothes. They’ve been riding bicycles and using public transit forever. They’ve been the necessary forerunners for the next category: the early adopters.

Early adopters make up 13.5% of our population. If you’re reading this, you might be an early adopter. You may already drive a hybrid. You definitely recycle something: glass, plastic, aluminum, paper, etc. You’ve been thinking about replacing all your light bulbs with compact fluorescent lights for greater energy efficiency—or already have. You’re most likely a popular, educated leader at work or in your community. As an early adopter, you’re the beacon the early majority category looks to for leadership.

The early majority and the late majority make up 34%, respectively. Early majority is the green movement’s tipping point in terms of adoption. They’re a large number who can make an immediate difference. They’re informal leaders at work and in their community and want to be held in high regard by their friends and neighbors. They care deeply about what others think about them. Although they’ve been aware of environmental issues, they want to be sure the green activities they choose will work. They’re not about to risk their reputations by doing anything ineffectual. The second year General Motors produces an affordable, hydrogen-powered pickup truck; the early majority will buy it.

The late majority will take some time to go green, and only after enough of the early majority has worked out the kinks in the green learning curve. The late majority represents another large population, but they’re risk averse and skeptical of change. They’ll wait for a simplistic, unified green program certified by the EPA and stamped with the Good Housekeeping Seal of Approval before they’ll change their behaviors.

Laggards, the last 16%, will wait until green is no longer voluntary. They’ll hold out until incandescent light bulbs are no longer available or garbage services refuse to pick up trash that hasn’t recycled glass. Even then, a number will have to be fined or arrested for non-compliance before finally adopting green choices.

A Green Adoption Lifecycle can help align green expectations with human nature. By recognizing our differences in how we accept change, we can make those changes come about.

How fast are you greening?

Aren’t We There Yet?2008-12-042015-02-05http://www.revenue-iq.com/wp-content/uploads/rev-iq_logo_web.pngRevenue-IQhttp://www.revenue-iq.com/wp-content/uploads/rev-iq_logo_web.png200px200px
About
Chris Arlen
I consult with facility service contractors across North America who want to improve that "last mile" of sales success. We collaborate to create winning solutions; I bring outside expertise and best-practices, they bring specific customer insights and organizational knowledge. 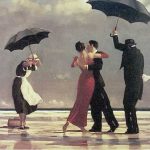 What’s the Right Price for Service?Selling
The Secret to Getting is…Marketing