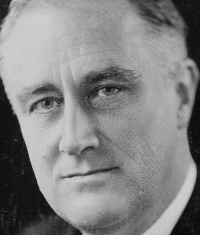 Fear is neither bad, nor good, it just is. Today it’s everywhere.

Fear is in increasing job losses, vanishing pensions, frozen credit markets, and the worst recession since The Great Depression.

Fear is something, even though FDR tried to spin it in 1933 with “The only thing we have to fear is fear itself.”

Fear is part of the human animal.

Fear is a source of energy and focus to act, a much needed stimulus when greater effort is needed, and a welcome challenge after we’ve stepped on stage or kicked a presentation into high gear.

Fear is always with us, always will be.

Fear is used by some; it’s promoted by news media to gain eyeballs and sell ads, and shaped by politicians to achieve their agendas and keep positions of power.

Fear can effect societies when one member of the herd takes off running and stampedes the rest.

Fear can effect individuals if it’s allowed to stress health over time.

But fear by itself is neither good nor bad.

The only important thing about fear is our response to it.

Do we overcome imagined monsters, or freeze with inaction?

Do we look for opportunities and invest (Warren Buffet invested $3B in GE and $5B in Goldman Sachs this past fall), or hunker down and wish for a tide that raises all boats (like many banks who are squeezing lending after getting TARP millions from the US Treasury)?

Do we accept fear’s presence, minimize it where possible, and mitigate it’s effects?

Warren Buffet’s quote “When people are greedy, be fearful – when people are fearful, be greedy” speaks to taking action in fearful times.

How are you responding to your fears?

Fear is…2009-01-152017-05-26http://www.revenue-iq.com/wp-content/uploads/rev-iq_logo_web.pngRevenue-IQhttp://www.revenue-iq.com/wp-content/uploads/rev-iq_logo_web.png200px200px
About
Chris Arlen
I consult with facility service contractors across North America who want to improve that "last mile" of sales success. We collaborate to create winning solutions; I bring outside expertise and best-practices, they bring specific customer insights and organizational knowledge.