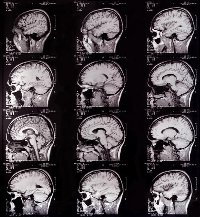 It used to be more important to select a company to work for, rather than choosing the industry it was in.

The belief was that a great company could outperform the industry as a whole. And wouldn’t you rather be at that dynamic place than somewhere else?

Well, today’s economy shows that making strategic decisions about healthy industries may be as important as choosing a specific company to work for, or with.

This is true if you’re managing an in-house service department, or providing an out-sourced service.

The company you keep isn’t what it used to be. The future of the industry is where it’s at.

Strategy Caught up with Tactics

Look at automotive suppliers hurting as much as their customers. Doesn’t matter how brilliantly those suppliers performed their business, the bigger picture (automotive industry in this case) swallowed them up.

Conversely, a rising tide raises all boats. If you were in the right industry at the right time you couldn’t help but win, as in the early dot com years.

What’s this mean for an in-house service department?

The health of the industry your company is in will impact your service tremendously.

And that comes (might already have) in the form of drastically reduced budgets, headcount reduction, and deferred equipment purchases and/or maintenance.

Is this an over reaction by some companies to 2009’s fear-based economy?

Maybe, but here’s an example to think about: Microsoft made $4.17 billion in profit last quarter.

That’s worth repeating. Old softie made $4.17 billion in profit from October through December of 2008.

Then they immediately laid off 1,800 employees, to be followed by another 3,600 within 18 months.

With all that profit Microsoft looked at the industries it was selling to and saw bad times. So snickersnack went the RIF blade and headcount fell.

In all likelihood the layoffs were for investors, to show them Microsoft was proactive, not just sitting around waiting for bad things to happen.

But still, if your company is in a stressed industry, like automotive, banking, or many manufacturing sectors, how drastic a cut to your in-house services will you need to make?

Can you wait until the current contract expires?

Or does your company need drastic cost reductions now?

What’s this mean for an out-sourced service contractor?

If your customers are in stressed industries, you’d better go beyond the usual cost reduction drills.

It’s probable you’re not going to make those drastic reductions of 40% and more by skipping a trash can or two.

It’s time to explicitly define how your service contributes to your customers’ bottom line.  Do you know how you contribute? Does your customer contact agree?

Once you’ve done that, then cut your scope to its absolutely, positively necessary rock bottom to reduce their spend.

You’ll also have to deal with end-users left over expectations  They may expect a level of service that’s not in line with the new, gutted scope and spend.

As your past experience has told you, your customer contacts aren’t always the best at telling their end-users they’re paying for less service. You’ll have this realignment of expectations to accomplish on top of all the other operational stuff.

However, there’s one thing the economic crisis has done, its empowered change.

End-users may be more willing to accept the change of gutted service if it means keeping their company’s doors open longer, and their paychecks.

The Business World may be a Scary Place for Now

Business survival will likely be white knuckled for the next several years. But you can make it scary like roller coaster scary – not Texas Chainsaw Massacre scary.

Your choice. Things are what they are. And will be that way for a while.

In the upcoming monthly Revenue-IQ article (what you’re reading now is the weekly blog) I’m planning to present a new service strategy for our current economy. In particular for companies in stressed industries.

It’s based on a line from the recent movie The International, which says “When there’s no way out of the current situation, look for a way further in.”  Interested?

MORE ABOUT: US Airways shooting themselves in the head

They’ve started charging for pillows and blankets. $7 to keep your head cushioned and your legs warm. And you get to take that snazzy US Airways logoed pillow with you onto other airlines’ flights. Yup, good thinking marketing department. And how did they avoid the layoffs?

A New First Consideration: An Industry’s Health2009-02-192015-02-05http://www.revenue-iq.com/wp-content/uploads/rev-iq_logo_web.pngRevenue-IQhttp://www.revenue-iq.com/wp-content/uploads/rev-iq_logo_web.png200px200px
About
Chris Arlen
I consult with facility service contractors across North America who want to improve that "last mile" of sales success. We collaborate to create winning solutions; I bring outside expertise and best-practices, they bring specific customer insights and organizational knowledge.