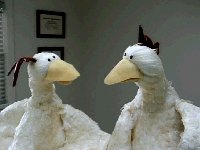 No, it’s not fair. From time to time we’ll compete against another person for a job or promotion, or another company for a sale and feel they’re making false claims that will help them win.

And it doesn’t matter whether the competitor is intentionally misleading or not. Mom’s not there to sort it out, so we deal with it.

But wouldn’t it feel great, just once, to call out that competitor as a liar? You know it would, come on, admit it.

You also know that if you did, that super nova of satisfaction would instantly sink into a black hole of despair, knowing you’d hurt your cause more than if you’d stayed quiet.

You don’t have to. There are communication strategies to use that don’t require crying out “for shame” on your competitors.

Here are a few. All are based on knowing your decision maker(s) and their issues as well as, if not better than your competitors.

The competitor’s lie addresses some issue of interest for decision makers. And it’s intended to be seen as a strength.

However, every strength is also a weakness. Reframing the issue uses that as a strategy.

Your challenge is to find a different side of that issue, then make a more compelling, powerful claim.

Your competitor’s claim they have the best training.

Reframe the issue around competency gained from training.

By focusing on training competency there’s an implied message that everyone else has training that’s overstuffed with hollow, worthless hours.

You’ve got to be able to deliver on your claim.

You don’t have to respond to the competitor’s lie, as in the reframing strategy above. Change the issue to focus on one that’s more important to decision makers than the one competitors are lying about.

Find another issue based on a strength unique to you alone. That steers the conversation away from a perceived competitor strength to one of yours, which ideally is a competitor’s weakness.

Your competitor states they have the greatest financial acumen among the candidates for a promotion.

While you’re competent fiscally, you’re also fluent in German. This enables you to raise the international requirements of the position up front and center. Change the issue, change the conversation.

You’ll have to have unique strengths in the first place.

Make Fun of the Lie

This is a high-risk, high-reward strategy. It requires tact and intelligence. But you’ve got that.

Apparently it’s a common practice among poultry producers to inject salt water into fresh chicken to increase the billable weight. Yet these producers still claim it’s natural chicken, implying their product is as healthy as any other poultry producers.

Foster Farms fought back. They’ve had a TV ad campaign for years called Fosters’ Imposters that highlights their competitors’ wannabe attempts to be natural chickens.

Foster Farms knew competitors were injecting their chicken meat with salt water, but couldn’t call out the lie on national TV.

So they made fun of it.

Here’s the punchline. When the nurse turns around and confirms the chickens’ naturalness we see her unnatural face and figure, an obvious result of many face lifts, tucks and augmentations.

The ad ends with a reassuring voice over telling the viewer that Foster Farms chickens are always natural, with no salt water added.

This ad is a great example of using humor to differentiate in a positive way against a negative claim.

Caution must be used to ensure the humor doesn’t get sideways and only look mean.

Bring in the Validation

Use recognized and trusted outside sources to validate your claim. This works just as well when competing for a job or promotion, as it does competing for a contract sale.

Many companies are on the green bandwagon at the moment, even those not truly green in product or service. Greenwashing claims are made hoping to peel sales away from legitimate green providers.

Companies may consider backing up their legitimate green claims with:

Third parties are putting their reputation at stake on your behalf. Your claims must be scrupulously accurate. Or you’ll damage not only your chance of winning the competition, but also your relationship with your outside source.

How do you compete against lies?

Competing against Lies2009-04-232015-02-05http://www.revenue-iq.com/wp-content/uploads/rev-iq_logo_web.pngRevenue-IQhttp://www.revenue-iq.com/wp-content/uploads/rev-iq_logo_web.png200px200px
About
Chris Arlen
I consult with facility service contractors across North America who want to improve that "last mile" of sales success. We collaborate to create winning solutions; I bring outside expertise and best-practices, they bring specific customer insights and organizational knowledge.