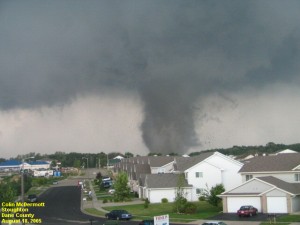 U.S. immigration laws, enforcement and politics are tied up in an overwhelmingly complex knot.

At a business level, immigration confuses and frightens workers and employers alike.

For low-wage service industries in particular, immigration is the tornado in the distance, a quickening wind now with an unknown future impact.

Here are a few observations for facility service contractors regarding immigration. (This is not legal advice, seek experienced counsel for that).

But what if customers knowingly choose contractors who hire unauthorized alien workers and don’t pay taxes or overtime?

Wal-Mart’s business is based on selling at the lowest prices. Unfortunately, it has a history of buying the lowest price too, without looking any further. ICE (Immigrations and Customs Enforcement) has enhanced Wal-Mart’s vision .

The 12 contractors that employed janitors for Wal-Mart plead guilty to criminal charges and paid $4 million to the government.

Wal-Mart, to end the ICE investigations,  paid a $11.2 million settlement to the Justice Department.

The story continued. Some of the illegal immigrant janitors arrested at Wal-Mart, filed a class action law suit against Wal-Mart claiming violation of the RICO Act. This long drawn out battle was started by Wal-Mart contractors paying flat amounts between $350-$500 per week for 7 days per week, 60+ hours per week, no overtime, no taxes and no time off.

These contractors were criminal, but Wal-Mart chose repeatedly not to know what they should have known.

Check out the many other ICE enforcement stories on their web site under NEWS, then select WORKSITE for the topic. Interesting reading.

Some Customers Continue to Hire Non-compliant I-9 Contractors

This was the story with Wal-Mart, who has now converted to become a very rigorous vetter of their contractors and subcontractors.

However, there will always be customers who work outside the law’s intent and letter.

When workers are I-9 eligible and verified for employment they gain the protection of U.S. labor laws.

Compliant contractors want all employers to comply with minimum wages, taxes, and over time pay laws.

Contractors in the Middle of Changing Compliance

According to U.S. Citizenship and Immigration Services…

“All U.S. employers must complete and retain a Form I-9 for each individual they hire for employment in the United States. This includes citizens and noncitizens. On the form, the employer must examine the employment eligibility and identity document(s) an employee presents to determine whether the document(s) reasonably appear to be genuine and relate to the individual and record the document information on the Form I-9.”

Does the following phrase seem open to interpretation?

Heads up, E-Verify is not foolproof. There have been 0.3% of 6.4 million queries in 2009 that have resulted in “No-match”, meaning the names and numbers didn’t match, but later proved incorrect (this meant 19,200 people had delays in getting hired).

Their instructions on what an employer should do, and when, were challenged in 2007 in the U.S. District Court of Northern California.

As a result, it’s not always clear which protocol contractors/employers should follow.

Immigration, Service Labor & Politics2009-08-062015-06-24http://www.revenue-iq.com/wp-content/uploads/rev-iq_logo_web.pngRevenue-IQhttp://www.revenue-iq.com/wp-content/uploads/stoughton_tornado.jpg200px200px
About
Chris Arlen
I consult with facility service contractors across North America who want to improve that "last mile" of sales success. We collaborate to create winning solutions; I bring outside expertise and best-practices, they bring specific customer insights and organizational knowledge.