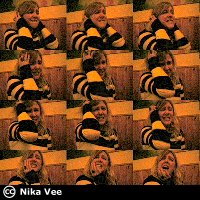 “All the world’s a stage, And all the men and women merely players”

We perform, and are judged by our audiences.

In business, as in theater, bad acting is wasteful and destructive. Here’s how:

For sales people, “bad acting” means actions and words that are seen as deceitful and greedy by customers (the audience).

For customers, “bad acting” means actions and choices that are seen as manipulative and punitive by contractors (the audience).

What are the chances anything valuable and lasting coming from these performances?

You Don’t Mean To

No salesperson or customer intentionally acts badly. Bad acting creeps up and becomes the norm over years.

And it’s impossible to self-diagnose. You’ll have many justifications for why you did or said something.

But in the performance of business it just comes off as bad acting.

If you avoid the following, you’re further along toward being a better sales performer. If not, you’ll be seen as “salesly” by customers and likened to the plague.

At first glance it might not seem necessary for you to avoid bad acting.

However, even though there may be  many contractors to burn through, bad acting hurts  your reputation. And that stays with you, limiting your ability to accomplish your firm’s outsourcing goals.

So, avoid the following and contribute to your golden reputation. If not, you’ll become known in professional circles by names you’d rather not know about.

How do you avoid Bad Acting?

Bad Acting2009-10-022017-05-26http://www.revenue-iq.com/wp-content/uploads/rev-iq_logo_web.pngRevenue-IQhttp://www.revenue-iq.com/wp-content/uploads/rev-iq_logo_web.png200px200px
About
Chris Arlen
I consult with facility service contractors across North America who want to improve that "last mile" of sales success. We collaborate to create winning solutions; I bring outside expertise and best-practices, they bring specific customer insights and organizational knowledge.