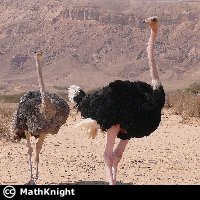 Healthcare reform is a good example. Not making a decision in 2009 will cost.

In the service contract world, as in healthcare reform, there are no guarantees the selected solution will avoid all of those costs.

It is certain there is a cost for keeping the status quo.

LOC is the largest unspoken element in sales conversations with customers.

Intelligent salespeople get distracted in their search for ROI from services as operating expenses. That’s a dog chasing its tail (see “ROI: Facility Services’ Holy Grail“) .

LOC is Everywhere, All the Time

LOCs are incurred when the current situation continues without change, a result of no decision.

Nature abhors a vacuum, and when a challenge or threat is seen, not deciding doesn’t prevent nature from continuing on its merry way. Non decisions get flattened by the momentum of the steamroller anyway.

LOC is a persuasive tool for sales proposals and presentations.

One that needs some sensitivity as you’re presenting a painful reality (lost money) to customers.

Additionally, you have to make some best guesses. At best LOC is a ballpark number. As you’re guesstimating about future costs, you’ll need to shape your language that way, e.g.

“…based on our understanding, your current situation can be estimated to lose more than $$$,$$$ over the next year…”

Always include your formula and cost assumptions used. They don’t need to be placed next to the LOC estimate, but can be referenced in a footnote, or endnote.

To calculate LOC, deep dive into customers’ issues during your sales due diligence.

Identify how NOT fixing those issues costs customers money. For example, seek LOC estimates in:

How are you presenting Lost Opportunity Costs?

Lost Opportunity Cost2009-11-192015-07-31http://www.revenue-iq.com/wp-content/uploads/rev-iq_logo_web.pngRevenue-IQhttp://www.revenue-iq.com/wp-content/uploads/Lost_Opportunity_Cost.jpg200px200px
About
Chris Arlen
I consult with facility service contractors across North America who want to improve that "last mile" of sales success. We collaborate to create winning solutions; I bring outside expertise and best-practices, they bring specific customer insights and organizational knowledge.

Customers Must BuySelling
Do the Right Thing: Market or SellMarketing, Selling