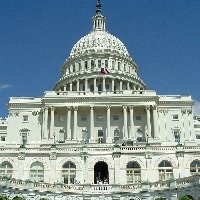 An article in today’s New York Times describes a possible change in the way federal contracts are awarded, and it specifically calls out facility service contracts.

Plan to Seek Use of U.S. Contracts as a Wage Lever

The Obama administration is planning to use the government’s enormous buying power to prod private companies to improve wages and benefits for millions of workers, according to White House officials and several interest groups briefed on the plan.

By altering how it awards $500 billion in contracts each year, the government would disqualify more companies with labor, environmental or other violations and give an edge to companies that offer better levels of pay, health coverage, pensions and other benefits, the officials said.

Because nearly one in four workers is employed by companies that have contracts with the federal government, administration officials see the plan as a way to shape social policy and lift more families into the middle class. It would affect contracts like those awarded to make Army uniforms, clean federal buildings and mow lawns at military bases. (read the full article)

Is this good or bad for contractors, those going after federal contracts? Why?

What about the private sector? Specifically high profile firms like those in consumer goods, banks and academic institutions. Their purchasing decisions already pay attention to maintaining a good public image.

I’ve started asking contractors what they think about this change and here’s the first response.

I think it would be great if we could all compete on an even playing field with hours, wages and benefits set in advance. I believe our company (IH Services) provides the type of work environment, management expertise and forward thinking that could get us more contracts in this environment. We do not have employment violations because we follow the rules, not like some of our competitors.

What are your thoughts?

Government Leveling Contractors Playing Field2010-02-262017-05-26http://www.revenue-iq.com/wp-content/uploads/rev-iq_logo_web.pngRevenue-IQhttp://www.revenue-iq.com/wp-content/uploads/rev-iq_logo_web.png200px200px
About
Chris Arlen
I consult with facility service contractors across North America who want to improve that "last mile" of sales success. We collaborate to create winning solutions; I bring outside expertise and best-practices, they bring specific customer insights and organizational knowledge.