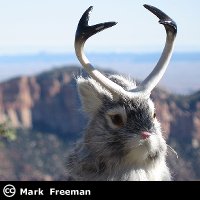 Some of them though.

They must have, judging by their actions with customers.

Here are a few interesting ones. What do you think?

So, why do sales people only gather information from the customers’ manager?

Why aren’t sales people talking with Procurement, Safety, or other departments, as well as other suppliers to learn as much of the inside scoop as they can?

So, why do sales people neglect to deal with this proactively in their proposals?

Why don’t they raises customers’ curiosity about all suppliers’ abilities (expect their own because of the evidence they proactively provide)?

Why don’t they attack  by stating their strengths that highlights their competitors’ weaknesses?

So, why do suppliers  stubbornly believe their competitive differences are as wide as the Grand Canyon, when in reality customers see their differences as narrow as a gutter?

So why do sales people willingly accept the first thing their told?

Instead of investigating deeper into the more compelling and persuasive truth?

I’m certain you don’t have these unbelievable beliefs, and that you bring a healthy dose of skepticism and curiosity.

4 Unbelievable Sales Beliefs2010-05-032015-02-05http://www.revenue-iq.com/wp-content/uploads/rev-iq_logo_web.pngRevenue-IQhttp://www.revenue-iq.com/wp-content/uploads/rev-iq_logo_web.png200px200px
About
Chris Arlen
I consult with facility service contractors across North America who want to improve that "last mile" of sales success. We collaborate to create winning solutions; I bring outside expertise and best-practices, they bring specific customer insights and organizational knowledge.