You are the Dog & Pony Show 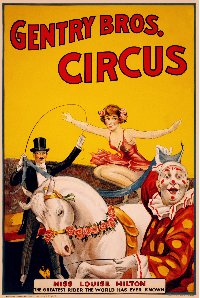 “Dog and Pony show”; late 19th, early 20th century term in the U.S. for small traveling circus whose main attraction was often a “dog and…”

Sales presentations of short-listed finalists include slideshows. And customers look forward to sitting through those like a root canal without Novocaine.

Customers know the formula for fossilization in conference rooms. The dogs and ponies that put them to sleep instantly, or persuades them to award their contract to a particular supplier.

The formula is this:

Presentation skills and slide decks are never absolutes, they all live in a gray scale.

However, some aspects trump others (have greater impact).

Take a look at these and consider where you fall. Then decide where you want to improve; skills, slide decks, or both.

Weak skills will lose a sale even with a deck that’s not really bad, but not really good.

50/50 chance customer decision-makers will be so impressed by the deck they’ll stomach weak presentation skills.

In a large sale though it’s not worth the risk.

Average presentation skills never overcome bad decks. If you’re in this group you are toast (U.S. colloquialism for failure).

Chances of a sale here improve to roughly 6 out of 10 times.

Sales reps who are dynamic and good story-tellers can overcome much of a nightmare of a deck, but not all.

Success rates get even better here.

It’s a love fest, as good as it gets.

How Can You Tell Poor to Great?

First, check win ratios for insight into the quality of your skills and decks.

Be sure to check the percentage of ($) dollars won to bid, not just the (#) number of proposals won to bid.

However, results don’t always provide direction for improvement. For example, what do you do if your $won ratio is 31% compared to 29%. Make it better, yes. But where?

Ask customer decision-makers. It’s often frustrating and touchy to ask after being passed over. But those few comments you’re able to dig up can help immensely.

Don’t wait too long after the decision is announced or customers may forget things. Also, preface your request in terms of continuous improvement of your sales presentations, just like you do with your contracted services…when you’re awarded the contract.

You are the Dog & Pony Show2011-11-182015-02-05http://www.revenue-iq.com/wp-content/uploads/rev-iq_logo_web.pngRevenue-IQhttp://www.revenue-iq.com/wp-content/uploads/rev-iq_logo_web.png200px200px
About
Chris Arlen
I consult with facility service contractors across North America who want to improve that "last mile" of sales success. We collaborate to create winning solutions; I bring outside expertise and best-practices, they bring specific customer insights and organizational knowledge. 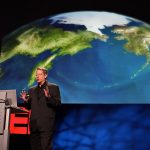 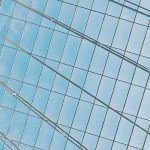