There’s an elephant in the room and its sitting on the secret to successful sales proposals. The secret transcends the erudite points shared in The Copy and Paste Pandemic.

This secret is basic, it’s simple and it’s as obvious as the smell of a pachyderm in a confined space. Here it is:

Sales proposals must never be in marketing-speak; the written voice must be lean, honest and to the point. Click To Tweet

Everyone knows marketing-speak is the opposite, it’s Styrofoam verbiage, all volume and no weight. It makes grandiose claims in generalities such as “we’re second to none”, “we are world-class leaders”, and “our people are our greatest asset.”

But marketing-speak is for marketing brochures, not sales proposals. And you know the difference, right?

You know proposals are to persuade customers to buy at the moment they can buy: that proposals present solutions that solve a specific customer’s specific problem and help them make the specific improvements they want.

If only marketing-speak wasn’t included in sales proposals it would be a tremendous improvement.

However, there are many other styles of writing that can be as verbose as marketing-speak.  And those bloated writing styles don’t produce successful sales proposals either.

Proposal writers must realize that customers will not sift through mountains of sand to uncover the single point they’re trying to make.

And that’s where looking towards a couple of great American writers can help.

The written voice in sales proposals must be hyper-clear and diamond-hard with specifics. It must answer customers’ pressing questions at the moment they’re ready to buy. 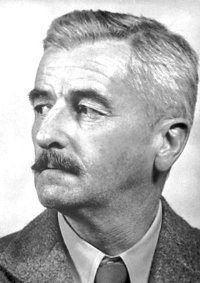 So what’s this have to do with Ernest Hemingway and William Faulkner? Both were great writers, and both received the Nobel prize for literature among other prizes. The difference is in their writing voice.

Faulkner experimented with stream of consciousness writing, and used long, flowery sentences to powerful effect, such as in “The Sound and the Fury

” (affiliate link). However, his style could make it difficult for readers to figure out what’s happening to whom, where and when.

Hemingway on the other hand, is known for lean minimalism. He wrote in short sentences pared away to only the required few words. Yet with that leanness he was able to put the reader in a specific place, and have them experience sensations and emotions just as powerfully as Faulkner, such as in the “Old Man And The Sea

It’s Hemingway’s minimalistic writing style that’s required in successful sales proposals. It’s hard work to write with less words, to get to the point in as straight a line as possible. But the payoff is huge because customers will read it. And isn’t that the point?

For specific guidance on how to write more like Hemingway than Faulkner, read Stephen King’s “On Writing” (affiliate link). Although King hasn’t won a Nobel prize for literature, his book provides excellent tips for clear and concise writing.

Though it’s unlikely your sales proposals will attain literary heights, you’ll be more successful by imitating Hemingway rather than Faulkner. And take the time to read Stephen King’s pragmatic writing lessons, you’re proposals will be glad you did.

More Hemingway, less Faulkner in Sales Proposals2012-12-032017-06-20http://www.revenue-iq.com/wp-content/uploads/rev-iq_logo_web.pngRevenue-IQhttp://www.revenue-iq.com/wp-content/uploads/more-hemingway-less-faulkner-in-sales-proposals.jpg200px200px
About
Chris Arlen
I consult with facility service contractors across North America who want to improve that "last mile" of sales success. We collaborate to create winning solutions; I bring outside expertise and best-practices, they bring specific customer insights and organizational knowledge. 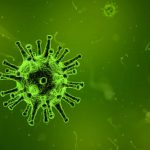 The Copy-and-Paste Pandemic has Lost MillionsProposals 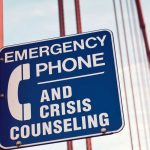