The Seven Ages of Selling 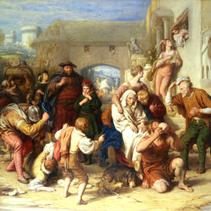 A career in selling starts as a shiny, beautiful thing of hope, and then it ends. Hopefully the end is many years, and millions in sales and commissions later. But it ends.

Here’s a look at the arc of a selling career using the Seven Ages of Man Shakespeare made famous in “As You Like It“.

In this stage a salesperson is like a helpless baby – they know very little and ignorance is their flak jacket.

* Beginner’s luck: blunders into a one-off sale
* “Wow, that wasn’t so tough” – then the zeroes come

In this stage a salesperson seeks training and becomes a sales process fundamentalist.

The new convert is unwilling to color outside the lines, never varying from the sanctity of their 1-2-3 selling steps.

* Basic by-the-book telemarketing for appointments
* Limited, if any, targeting in a sales plan
* Limited flexibility or opportunistic response

In this age a salesperson can often be remorseful when the “sure thing” isn’t.

This is the beginning of a lifetime’s collection of war stories, and their eventual retelling over drinks with other salespeople.

* Will ask their bosses for better customer terms to close more deals
* Aware of and appreciates persuasiveness in consultative selling model
* Success comes with a few monster deals, but more frequently with smaller bread-and-butter sales

In this age the salesperson starts to think less of themselves and more about their customers.

They are now working towards making a reputation for themselves and gaining recognition, however short-lived it may be, even at the cost of more, low profit sales.

* Balance of reaching out to new prospects & customers contacting them
* Larger network of known customers, with growing core of customer-friends
* Prospecting for new business is sporadic

* More emphasis is put on large, flashy, riskier deals
* Past success have given them access above their direct boss & they ask for bigger concessions to close mega-deals
* Almost every deal is a one-off, requiring lots of technical & operational support

In this stage the salesperson has reached their career’s apex.

They’re experienced and knowledgeable, and have gained prosperity and status within their company and industry.

They become very attentive to the look of success; the awards, recognition and finer things of life.

* Insightful about which deals will really close, or work
* Effortlessly leads their firm through complex sales
* It doesn’t get any better than this – and it won’t

And now the salesperson begins to lose their edge. New customers no longer find them as charming, knowledgeable or intelligent as they once believed they were.

Their customers begin to retire, replaced by the new school with generational attitudes and perspectives.

They become the butt of younger customers’ jokes: their style, process and technologies appear old-fashioned and out of place.

* Haven’t actively prospected in years
* Returns to old methods that are now unproductive
* If they have enough juice with their firm, may bring on an intern to prospect using current methods

In this age the salesperson has lost their status and become a marginalized, non-entity within their firm.

Their customer-friends are all retired, and new prospects are an unfathomable mystery, speaking a foreign language.

The Seven Ages of Selling2013-08-272015-02-05http://www.revenue-iq.com/wp-content/uploads/rev-iq_logo_web.pngRevenue-IQhttp://www.revenue-iq.com/wp-content/uploads/7_Ages_of_Selling.png200px200px
About
Chris Arlen
I consult with facility service contractors across North America who want to improve that "last mile" of sales success. We collaborate to create winning solutions; I bring outside expertise and best-practices, they bring specific customer insights and organizational knowledge. 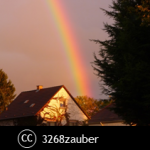 10 Actions to Restart Your Sales MojoSelling 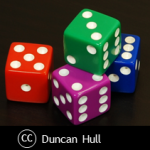 3 Do-or-Die Points in Every SaleSelling