The Invasion of the Cleaning Robots is Here – Resistance is Futile

Autonomous cleaning, aka robotics or automation, has moved from innovation to full-fledged operations. The largest deployment is in cleaning environments with large floor areas, such as malls, colleges, and airports, which can be scrubbed or vacuumed by robots. In the near future, autonomous cleaning will serve even more environments, such as office restrooms and high exterior window cleaning.

The robot invasion is upon us, which is all fine and good, and inevitable.

But cleaners who previously did the work may feel the scare of having some portion of their work (or all in rare cases) removed – and given to non-humans.

Perception is reality and cleaners’ perceptions can be summed up as “I’m being replaced by a robot.”

And who can blame them? Since McKinsey’s 2017 report “Jobs lost, jobs gained: What the future of work will mean for jobs, skills, and wages,” business media have touted this invasion with dire consequences:

Unlike slower rates of automation in other industries, such as automotive and the rise of automation in distribution sorting centers (aka Amazon), the invasion of robots in the cleaning industry will likely be more rapid.

This is because autonomous cleaning is happening at a time when AI, wireless connectivity, and computing power is cheaper, faster, and available to many. Platforms and integrated technologies are being offered as a service to developers, who can bring new robots to market faster and expand into more varied cleaning environments.

Ready for the officebot that vacuums aisles, dust desks, sanitizes phones, and empties individual wastebaskets? – Likely not as far away as we think.

The Cleaning Industry’s Moment to Shine

Resistance to the cleaning robot invasion is futile. But cleaners’ resistance or reluctance can slow adoption and even scuttle robot implementations, from less than wholehearted efforts to outright sabotage, with cries of “See, robots don’t work here,” or “The technology just isn’t ready.”

Additionally, unions can be as equally fearful of the robot invasion as their members. They may perceive the loss of members and dues as an existential threat and can make normal negotiations even more problematic. What cleaning contractor or facility manager would want a scratchier situation?

Yet the invasion of robots is here: This toothpaste is not going back in the tube.

And this is the opportunity for the cleaning industry in the presence of autonomous cleaning:

The cleaning industry can do what other industries seem not to have done well, if at all – they canprepare cleaners for work that is being changed, in part or in whole, by robots.

The likelihood for most cleaners is that they may not be losing their jobs but losing the tasks (and associated skills) that robots replace.

Therefore, the cleaning industry has the opportunity to support cleaners’ transition through awareness/promotion, cross-skilling (“leveraging other skills workers already have in the same job.”) and upskilling, while simultaneously deploying robots.

Amazon is doing their version of this with their $700 million investment in Upskilling 2025. Amazonians will be supported to gain critical skills and move into higher skill, better paying, technical or non-technical roles – as automation and AI change Amazon’s need for lower-skilled work to the more advanced skills.

Of course, the cleaning industry (cleaning contractors and facility managers) have nowhere near the depth of the Amazon wallet. But there are ways to support cleaners’ transition within the robot invasion.

Becoming One with the Invasion: Cleaners & Their Robots

Here are a few whiteboard ideas, and yes, one is way out there. Cleaning contractors and facility managers may smooth the adoption of robots among their own humanoid workforce with one or more of these.

It seems like a no-brainer but here is an opportunity to present the robot invasion as a career advancement opportunity for cleaners. The reality is that humans in the workforce will not be going away anytime soon, something Amazon recognizes in its most automated setting; sorting centers. This is even more true for the cleaning industry.

Why not speak to this reality: Focus the message that it’s not jobs going away but selected tasks that robots replace? This awareness and promotion should start before robot deployment using:

This is for cleaners who will join the robot deployment, they will have time freed up that can be applied to other cleaning areas and/or tasks that weren’t in their original job description. They may already have the skills to do specialized work that can now be done because of the presence of robots, and if not, can be trained in these new cleaning/maintenance-related skills, such as:

This is for cleaners who have the potential to break away from the past and learn future-demand skills, which obviously isn’t for everyone. Upskilling could provide cleaners the opportunity to move into technical and business-related roles, regardless of their previous IT experience or education level, and could include paid study time during cleaners’ work week.

However, making an investment in upskilling cleaners outside of cleaning will require identifying candidates best suited to complete training and with the highest potential for success. And surprise, surprise, AI is leading the way.

A non-cleaning example of AI and upskilling comes from Jacob Hsu, CEO of workforce data science company Catalyte – “We’re using AI to identify exceptional people from all walks of life that have remarkable ability to actually be very rapidly retrained to not just be good engineers but the very highest-performing, most successful engineers in the industry. So we’re literally hiring truck drivers and teachers, retail workers and fast-food workers … and very rapidly, within 20 weeks, getting them through a computer science degree and getting them into not just actual jobs but proving they can be highest performers in those roles.”

IBM uses MyInnerGenius, an AI-powered assessment, in its SkillsBuild platform to help identify upskilling types of candidates. MyInnerGenius discovers what candidates do best with careers that match their natural skills, abilities, and personality, regardless of education or background.

As you can guess, upskilling may not be on cleaning contractors’ or facility management’s list of identifying cleaners for their next career advancement. But over time, these types of AI services will become commodities and their prices will lower to make usage more common in the cleaning industry.

Autonomous cleaning, while not as advanced as marketers would like to make out, is present in a very real way today. And that advance will continue quickly compared to other industries’ automation history.

But the cleaning industry can and should do as much as it can now to bring about the faster adoption by its own cleaners. Our human workforce will be around a long time, and the easier the transition to robot world, the quicker value will be realized – for cleaning contractors and facility management, as well as for the cleaners themselves.

NOTE: Thank you Erik for inspiration with the title.

The Invasion of the Cleaning Robots is Here – Resistance is Futile2019-10-152019-11-14http://www.revenue-iq.com/wp-content/uploads/rev-iq_logo_web.pngRevenue-IQhttp://www.revenue-iq.com/wp-content/uploads/invasion-of-the-cleaning-robots.png200px200px
About
Chris Arlen
I consult with facility service contractors across North America who want to improve that "last mile" of sales success. We collaborate to create winning solutions; I bring outside expertise and best-practices, they bring specific customer insights and organizational knowledge. 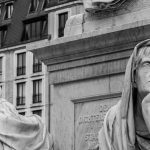 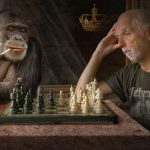 Do Customers Think Your Sales Proposals Are Good?Proposals, Selling