Plenty of Bids, Not Enough Wins? Move Up Scale

First, let’s pretend we have enough bid opportunities coming in (we know there are never enough). But in this scenario we’re turning out lots of proposals, we’re just not winning enough. Sound familiar?

When proposal output is good and win rate is not so good, what’s going on? Our proposal production may be too efficient for our own good – we may be losing contracts because of it. How can being efficient hurt our proposal win rate?

The Bottom Line on Proposals

Why do we create proposals in the first place?

We Get In Our Own Way

However, the way we create proposals effects our win rate. As service contractors we’re always looking for efficiencies, even when producing proposals.

Efficient proposal production means stock content, and cut-and-paste sameness for everyone. As a result, our proposals become less effective, less likely to win contracts. In our desire for efficiency we lose sight of the reason we produce proposals.

The bottom line on proposals is about winning bids – not churning out 100s of them quickly.

The Catch 22 of Creating Proposals

If winning bids is our goal, doesn’t that mean we should lock ourselves in the conference room, work 24/7, hire consultants and go all out on each proposal? That would be NO, because:

The Catch 22 is we must produce proposals as efficiently as possible WHILE increasing our chances for winning the contract. It’s simple, but not easy.

Our way out of this Catch 22 is to determine the right balance in our proposal production. Here’s how.

The first thing we do is recognize the existence of a proposal production scale. Oh yes, it exists, even if we don’t acknowledge it.

At one end of the scale is “efficient” proposal production, and at the other end, more “effective” proposals are produced.

As you’d guess, proposals at the “efficient” end are turned out quickly and easily, almost entirely with stock content. Those at the “effective” end, we pull out all the stops, creating lots of custom content.

The reality is each proposal falls some where in between. They’re a combination of both efficiency and effectiveness.

Once we’re aware of the production scale, we want to choose where to place each bid on it.

To do this intentionally, we base it on the attractiveness of the bid opportunity. You decide what’s an attractive bid and what’s an unattractive one.

Let’s develop another scale. This time for bid attractiveness. On one end bids are unattractive. At the other end they’re very attractive . Moderately attractive bids are in the middle.

Now define both ends of the attractiveness scale. We must define the good as well as the bad. Make a list of criteria for each end. Quantify criteria where appropriate. Here are some considerations for both ends of your scale.

Putting It All Together

Our combined scale now has two axis, a vertical and a horizontal. To complete it, we must do the following:

This line is our sweet spot for proposal production. Each bid is placed along this diagonal based on its attractiveness.

At the lower left, it shows us unattractive bids are produced as efficiently as possible, using almost all stock content.

This is the balance we seek between production efficiency and the effort for a more effective proposal. It also shows the combination of stock plus custom content to create any particular bid.

The Scale in Action

Here are several examples of using the scale to determine how much effort to spend.

Bids between very attractive and unattractive receive resources and commitment to the degree of their attractiveness.

Now when a bid comes in, we rate its attractiveness, and then place it on our scale. We’ll now have an idea of how much effort to spend on any one proposal.

And all of this is driven by the attractiveness of the bid opportunity. And we do this intentionally, before we start work on our proposal.

If we’re turning out lots of proposals and aren’t winning enough, we’re probably stuck too far down on the efficient end of proposal production.

To win more contracts, move attractive bids towards the effective end and give them the right balance of efficiency and effort.

Plenty of Bids, Not Enough Wins? Move Up Scale2006-12-082015-02-05https://www.revenue-iq.com/wp-content/uploads/rev-iq_logo_web.pngRevenue-IQhttps://www.revenue-iq.com/wp-content/uploads/rev-iq_logo_web.png200px200px
About
Chris Arlen
I consult with facility service contractors across North America who want to improve that "last mile" of sales success. We collaborate to create winning solutions; I bring outside expertise and best-practices, they bring specific customer insights and organizational knowledge. 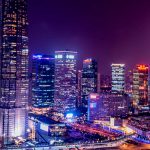 How Do You Measure Proposal Success?Proposals