I Wish Customers Were Smarter #2 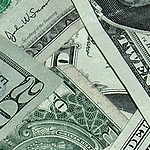 You’d think annual wage increases for employees would be a no-brainer. However, there’s a difference when it comes to whose employees get an automatic cost-of-living raise. Customers or contractors.

Customers’ employees expect their annual wage increase. Something for the increased cost-of-living. Plus a little (or big) something for performance.

Customers’ employees don’t receive cost-of-living increases when they’re shutting down plants and laying off 1,000s of their own. Contractors should expect the same. Not a justification, but understandable, a fact of life.

In Moderate to Good Times

However, when customers’ businesses are clickling along – customers’ employees are getting cost-of-living raises.

Customers give increases to retain their own employees. Wouldn’t it be logical for contractors’ site-based employees to receive the same?

Both customers and contractors want to:

Contracts Have Language For Increases, But…

Even unions and some public agencies have to fight for wage increases. With a higher degree of public accountability and visibility, compared to the private sector, wage increases are still hard to come by.

I’m not a financial analyst. However, I know today’s dollars are more valuable than tomorrow’s. Because of inflation.

Who Should Pay for Cost-of-Living Increases?

Customers have the power of payment – when & how much. And they can use this power to pushback requests for cost-of-living raises.

I’m not saying all customers refuse to give cost-of-living increases. But in the private sector, contractors have a tough road.

Here are some reasons customers may be against cost-of-living increases.

3) Customers struggle with budgeting. Who hasn’t had to reverse-engineer a budget to meet a boss’ number? If not budgeted for, wage increases require customers to ask their boss for more money. And how many customers have the guts to do that?

Customers who do ask their boss for cost-of-living increases for contractor employees:

If customers’ contracts include automatic increases – so much the better. Follow its terms and the contractors’ employees get annual raises.

However, if customers don’t include automatic cost-of-living raises – contractors have to make choices, sometimes tough ones.

B) Split increase with customers (take the hit on margins)

How Much Is A Cost-Of-Living Raise?

Wikipedia defines Consumer Price Index (CPI) as “a price index that tracks the prices of a specified basket of consumer goods and services, providing a measure of inflation. The CPI is a fixed quantity price index and considered by some a cost-of-living index”

So, the ideal is a service contract with explicit language stating:

What could be easier? But you know it isn’t.

How Do You Get Cost-Of-Living Raises for Your Site-Based Employees?

I Wish Customers Were Smarter #22007-04-062015-02-05https://www.revenue-iq.com/wp-content/uploads/rev-iq_logo_web.pngRevenue-IQhttps://www.revenue-iq.com/wp-content/uploads/rev-iq_logo_web.png200px200px
About
Chris Arlen
I consult with facility service contractors across North America who want to improve that "last mile" of sales success. We collaborate to create winning solutions; I bring outside expertise and best-practices, they bring specific customer insights and organizational knowledge.