As service contractors, we often hear customers telling us they’re bidding “apples to apples” and on a “level playing field”. Those are noble ideas. Fundamental to purchasing, and critical for online reverse auctions.

Specs come back, but they’re not current or accurate. Procurement asks why not?

Facilities says “Who has time to bring them up to date? They’re only used for bids. Once a contractor’s in place, who needs specs?”

Specs are essential, they can’t be eliminated. But they cause all sorts of problems when bidding. And it’s time to face the facts about them.

But they’re not absolute, not finite, not exact. They’re “ballpark”.

What’s the problem then?

Customers use specs as absolutes at critical times. At a service contract’s birth, during its life, and just before its death.

As a contractor, the problem with specs when bidding is we give them too much weight – we treat them as if they’re real.

For most bids, we walk the sites, and compare specs or HPW (Hours Per Week) to the physical reality.

If we ask Procurement about a discrepancy, they tells us to use the existing spec as is, or alter it to fit. Not a great confidence builder is it?

We need specs to base our price on. But bidding exactly to specs will lose you a fair number of bids you could have won. That’s could’ve won, not should’ve.

Specs Over / Under the Work Required

In general, specs will over or under estimate the work required. If they’re right on, lucky you.

When bidding, if you price exactly to over spec’d work – your price is too high, and you’re out of the running.

Price exactly to under spec’d work, and now you’ve won the bid. You’ve also got the Winners Curse. Having to deliver at your quoted price.

And sadly, you won’t know you’ve under bid until you start work. Then you’re faced with several very unappetizing options:

How To Bid Specs

QUESTION: Do we price our bid based on the RFP’s spec? Or, do we bid on what we believe the real work will take?

That’s a short way of saying:

1) Start with the spec, walk the site & compare

3) Determine bid attractiveness – how badly you want it

4) Consider market pricing – what others may pay

5) Decide price according to bid’s attractiveness

As always, there are exceptions. For example, an RFP with union staffing. Or the RFP states an explicit number of hours, wages and benefits. In these cases you’ll bid based on that info, you have to.

But what if the specs over state the work needed?

ANSWER B: (IF WORK IS OVER SPEC’D)

Add an “Alternative Proposal”, if you can. Most times you can.

Many RFPs will ask for these outright. But even if not asked, add yours. Include text saying you’re “fully compliant with the RFP, but that you see opportunities for greater value at lower cost, and here is an alternative proposal”. Something like that.

In your alternative proposal, provide your “alternative” staffing/wage mix and its lower price. Base this on your perceived workload, which is less than spec’d.

Specifications During a Contract’s Life

They do. Shortly after a bid is won, a new customer will ask something not in the specs.

Customers with integrity will agree to pay for work a “little outside” the spec.

Customers who want the work but won’t pay are giving you “spec as guideline”. They may even hint ominously that the prior contractor did it for free, why can’t you?

It’s you’re call what to do and what to bill. Some considerations:

Customers have ideas about what they expect to see. But do they tell you? Do they articulate it so you can understand?

No. Some customers even believe contractors should telepathically figure out what customers are thinking.

What to do? Everything you can to get customers’ expectations down in writing. When confronted with it in writing, customers start to realize what they really want. Always better to spend the time before service starts defining their expectations.

You know things are going bad when customers refer to “the specs” often. It’s the slippery slope.

You may regain your balance, or not. If not, it’s the “T” word for you, termination.

Or, the friendly customer euphemism “We’re not unhappy with your work, but we want to explore other options in the marketplace”.

The most frightening words you’ll hear about specs is “failure to perform”. Those words mean your in a law suit, or may be shortly.

request for proposals RFP sales proposals service specifications
Uneven Specifications: Bidding on a Level Field2007-05-082020-04-14https://www.revenue-iq.com/wp-content/uploads/rev-iq_logo_web.pngRevenue-IQhttps://www.revenue-iq.com/wp-content/uploads/ball-4404318-scaled.jpg200px200px
About
Chris Arlen
I consult with facility service contractors across North America who want to improve that "last mile" of sales success. We collaborate to create winning solutions; I bring outside expertise and best-practices, they bring specific customer insights and organizational knowledge. 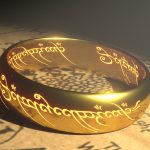