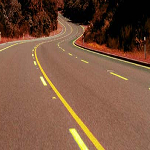 Facility contractors try to differentiate themselves to customers by presenting new programs in proposals. It doesn’t end there. Contractors also try to change their own companies for better, faster, cheaper.

Proposing something new for customers or employees to adopt is called, surprisingly, the Adoption Curve.

That’s not its formal name. It’s really called the Technology Adoption Life Cycle . Which first began by tracking how farmers bought hybrid seed corn. Not very high-tech. But six years later the model was flushed out by Everett Rogers in his book, Diffusions of Innovation

Wikipedia sums it all up with:

“Rogers stated that adopters of any new innovation or idea could be categorized as innovators (2.5%), early adopters (13.5%), early majority (34%), late majority (34%) and laggards (16%), based on a bell curve. Each adopter’s willingness and ability to adopt an innovation would depend on their awareness, interest, evaluation, trial, and adoption.

Some of the characteristics of each category of adopter include:

Rogers also proposed a five stage model for the diffusion of innovation:

Swap “service program” with “innovation” and we’re talking about facility contractors. Whether to get customers to adopt (select) contractors, or get employees to do something differently.

It’s the Adoption Curve, and it can be used as a guide for selling and marketing change – both inside and out.

It also shows us the relative population of any group, whether it’s customers’ decision-making teams, or our own employees. Those percentages provide a rough ballpark.

How To Increase Adoption (Incomplete Version)

Of course this is a short list. It’s a little more complicated and you’ll have to flesh out your own specifics. Read Crossing the Chasm

by Geoffrey Moore, although its for technology products, it can help.

1) Identify your key customers (for a proposal it’s the decision making team, for employees it’s your key leaders)

3) Identify where they get their info from. For example, innovators get info from blogs, white papers, and articles – the early majority rely heavily on references.

4) Create your messaging to appeal to their type:

5) Get your adopter-specific message to your adopters in the manner they like (steps 3 & 4 above).

What are you doing to help your customers & employees adopt your changes?

Crossing the Chasm Proposals technology adoption life cycle
The Adoption Curve2007-06-142015-02-05https://www.revenue-iq.com/wp-content/uploads/rev-iq_logo_web.pngRevenue-IQhttps://www.revenue-iq.com/wp-content/uploads/rev-iq_logo_web.png200px200px
About
Chris Arlen
I consult with facility service contractors across North America who want to improve that "last mile" of sales success. We collaborate to create winning solutions; I bring outside expertise and best-practices, they bring specific customer insights and organizational knowledge.