Do No Harm: Acronym Avoidance

Doctors used to take the Hippocratic oath to do no harm to their patients, but sadly, they don’t anymore. Must have been the liability issues.

On the other hand, proposal writers should take the oath, in regards to their readers. In the rush to win a bid, contractors throw junk into their proposals hoping it turns into gold.

Acronyms, when excessively used, are a favorite kind of junk. They harm readers by making them feel dumb when they don’t know what’s being cloaked in capitals. And they’re not happy about that, nor are they happy towards that contractor’s proposal.

Over time heavy usage of acronyms makes you forget what they stood for. You’re left communicating in shorthand. The full name of the original may have had a more comprehensive meaning, maybe even a different one from it’s current, abbreviated form. But now we’re reduced to talking and writing with leftover Scrabble tiles.

BTW: acronyms in email or text messaging, where speed and dexterity matter, are extremely helpful.

However, proposals for service contracts are formal. They’re “the official communication” in the decision making process. Upsetting your readers (aka decision makers) is not intelligent if you want to win.

When we begin to think everyone else knows what acronyms stand for we’ve broken the Hippocratic oath. Heavy usage of acronyms is playing the game of “look how smart/cool/hip I am, I know the lingo”.

How many of the following do you know? Do you know what the letters stand for? If you recognize more than half, you’ve probably used them in writing. And made some readers feel dumb in the process. Answers are at the bottom of this post.

A big problem with acronyms is we assume we’re talking about the same thing.

Does FICA mean Federal Insurance Contributions Act? Or Federation of International Cricketers Association? We use the context of the communication to make assumptions. Is there a U.S. cricketer that worries about tax contributions?

Here are several more examples where wires can get crossed:

Acronyms are necessary, and should be used. I’m just hoping a little more restraint will be used. Too many times I’ve come across a set of capitals in place of a name for a training or quality program. The purpose is to make it sound special. And I’m guilty of this as well. But no more!

What alphabet soup do you serve up in your proposals?

Do No Harm: Acronym Avoidance2007-07-192015-02-05https://www.revenue-iq.com/wp-content/uploads/rev-iq_logo_web.pngRevenue-IQhttps://www.revenue-iq.com/wp-content/uploads/rev-iq_logo_web.png200px200px
About
Chris Arlen
I consult with facility service contractors across North America who want to improve that "last mile" of sales success. We collaborate to create winning solutions; I bring outside expertise and best-practices, they bring specific customer insights and organizational knowledge. 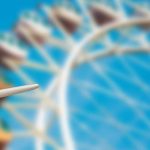