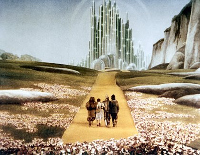 Imagine this hypothetical situation: A General Manager oversees three sites, each with its own Site Manager.

Each Site Manager has hired a different security contractor, and each is doing a wonderful job according to their Site Manager. Here’s the problem.

The General Manager wants to standardize security across her portfolio, consolidate to one contractor.

The question is which contractor should she choose. Remember, each Site Manager loves their contractor and is fighting for them to get the entire portfolio.

What if there were a set of standard Key Performance Indicators (KPIs) that were universal within the real estate industry?

Our General Manager could compare contractor performance against each other using these standard KPIs.

These KPIs would provide the General Manager a comparison she could include with the individual Site Managers’ recommendations, as well as other subjective factors. She’d still have a difficult decision, but it would be made easier with better data.

If these mythical standard KPIs existed, they would:

Benefits to Customers If customers had standard KPIs they could use them as part of their contractor selection process, and in performance reviews.

In a bid process, customers could ask contractors for references and request their performance data via standard KPIs from each reference.

Of course, contractors would have to have their references’ permission to share that data. But standard KPIs wouldn’t divulge cumulative totals, which might be considered sensitive information. They’d show performance by percentage scores, or metrics by specific denominators.

For customers, standard KPIs would be an aid in comparing choices, but not the sole selection criteria. Contractors’ management, their values, work style, integrity and commitment would also enter into customers’ selection equations. And these components don’t fit into KPI metrics.

Standard KPIs could be part of their proof. Validating performance, and then sharing that data would put one’s money where one’s marketing is.

Standard KPIs would validate a contractor’s performance at one or more locations, for one or more customers.

Contractors could use that data to:

Standard KPIs would have to be developed by a consortium of customers and contractors. They’d have to be formally codified into an industry standard, and most importantly implemented.

Standard KPIs would include vendor management KPIs, such as invoice accuracy and timeliness. These could be common to all types of services.

There would also be service-specific KPIs, such as janitorial’s quality inspection scores, or security’s response to Service Level Agreements. These would be unique to the type of service.

Standard KPIs would have to be limited to the vital few, including only actionable metrics, instead of “nice-to-know” data.

Reality in the Making


Capturing and reporting of performance data would have to be entirely digital and easy. Handheld PDAs, wi-fi, bluetooth, web-based programs all make this a reality. Part of the technology would include standards for sharing data across platforms and systems. Again, this already available.

Developing standard KPIs, gaining acceptance and usage within the corporate real estate industry would be huge. It may seem an insurmountable obstacle.

But it’s not. It’s already being done for high-level processes in the real estate industry by the Open Standards Consortium for Real Estate (OSCRE) .

It’s Only a Matter of Time

It may be next year, or the next decade, but measuring and sharing service performance is the next frontier for customers and contractors.

As technology increasingly reduces labor-based services, those remaining will have to justify their value and customer spend.

Industry standard KPIs may be the next big thing.

How crazy is this idea?

KPIs performance based contracts performance measurement
Standard KPIs: Oh, What a Wonderful World!2007-09-152015-02-05https://www.revenue-iq.com/wp-content/uploads/rev-iq_logo_web.pngRevenue-IQhttps://www.revenue-iq.com/wp-content/uploads/rev-iq_logo_web.png200px200px
About
Chris Arlen
I consult with facility service contractors across North America who want to improve that "last mile" of sales success. We collaborate to create winning solutions; I bring outside expertise and best-practices, they bring specific customer insights and organizational knowledge.