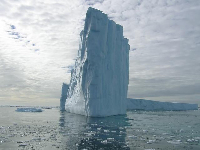 Contracts limit the exchange of value between customers and contractors. Let me re-phrase that: “contract relationships” prevent both parties from getting optimal value from their engagements. Who knows, possibly two to three times more value lies unseen below the surface?

Contract relationships, by their nature, are inefficient. The concept is outdated. Customers and contractors need much more from their engagements. And contracts, as they’re now managed, can’t deliver.

Think about it. Contracts are still closely tied to sticks and carrots. They have lots of baggage. To see how much, try a little experiment.

Ask someone to tell you the first words that come to mind when they hear the word “contract”.

Productive ideas for a relationship, right?

Yet these ideas are bound to contracts, and contract management. This is the guidance our minds give us.

Even when the term “agreement” is used, we all know it’s still a “contract”.

No wonder contracting services can feel like we’re doing business in the shadow of the courthouse.

A new model is needed, one that exchanges more value, better, faster, and cheaper. In both directions, for customers and contractors.

That model may be a more fully engaged customer-contractor relationship that would deliver greater value through:

This fully engaged customer-contractor model would benefit contractors as much as their customers. It would drive leaner, more efficient operations, force new innovations. As a result there would be more profit, and new capabilities that new customers want.

However, I’ve seen few fully engaged customer-contractor relationships. Those few lasted several years, then dissolved when the customer contact (the leader of the engaged relationship model) left for another company. The replacements were not enlightened, and the former high value disappeared like icicles in July. Eventually, lower quality, lesser service and minimal value became the norm. Customer and contractor had accepted sub-optimal performance. Because it was in the contract.

How engaged are your customer-contractor relationships?

contract language Management service agreements service contracts value
The Value Iceberg2007-09-072015-02-05https://www.revenue-iq.com/wp-content/uploads/rev-iq_logo_web.pngRevenue-IQhttps://www.revenue-iq.com/wp-content/uploads/rev-iq_logo_web.png200px200px
About
Chris Arlen
I consult with facility service contractors across North America who want to improve that "last mile" of sales success. We collaborate to create winning solutions; I bring outside expertise and best-practices, they bring specific customer insights and organizational knowledge.