Ideas are the Easy Part 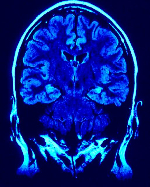 Before the info age, an idea was power and if you had it, you held onto to it. Then charged dearly when you let it out.

But now ideas must be acted on, or they’re blown away with other dust motes.

Gazillions of ideas sleep on notepads or in notebooks, waiting for someone to act. The hard part is turning an idea into something. And it’s usually not the idea thinker that’s going to make something happen. It’s a doer with vision.

This is why ideas are now free. Because there are so many of them, coming from so many bright people.

The world will always need ideas. But there’s a bigger need for people to apply them.

Don’t Worry So Much About Uniqueness

An idea’s uniqueness isn’t everything. I’ve heard a few people over the years worry that others might have the same ideas.

Share the same idea with different people – and they’ll implement it differently. Always. Every time.

Yes, marketing messages and features can be similar. But doing something better always wins over first-but-poorly-done.

So, it’s not always about getting there first. It’s about doing it great. Remember the wars between:

One of them was second to market, but still made a viable, and arguably more successful business than the pioneer.

I forgot who said it before Nike (Anthony Robbins?, Tom Peters?, Aristotle?) but it’s true all the same.

Trying things and failing quickly just means you’ve eliminated one way not to succeed. And that brings you closer to success. Witness Edison’s 100s of attempts at the electric light before getting it to work.

The same is true about implementing ideas for better service.

What have you implemented lately?

Ideas are the Easy Part2007-11-292015-02-05https://www.revenue-iq.com/wp-content/uploads/rev-iq_logo_web.pngRevenue-IQhttps://www.revenue-iq.com/wp-content/uploads/rev-iq_logo_web.png200px200px
About
Chris Arlen
I consult with facility service contractors across North America who want to improve that "last mile" of sales success. We collaborate to create winning solutions; I bring outside expertise and best-practices, they bring specific customer insights and organizational knowledge.

Marketing Exercise for a Parisian RestaurantMarketing
Everything Personal is a RelationshipMarketing, Selling