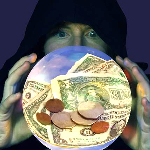 I’m sure you can add to this list. But it does make me wonder why those employees lost their jobs.

Silly me, of course they didn’t. They’re victims of decision making, not necessarily theirs.

No top executive can infallibly predict a business future.

However, layoffs seem an easy out for some industries and executives. Yes, many attempts at financial viability are likely tried before layoffs. However, job cuts are part of an executive’s toolbox. They’re immediate, short-term decisions to a financial crisis.

But how much of a corporation’s crisis is a result of bad growth decisions – think mortgage industry?

Or being asleep at the wheel – think electric cars & the auto industry post 1973 OPEC oil embargo?

Executives are compensated for strategic decisions, hopefully more so than reactive ones.

…there was a business practice that required better decision making by top executives?

How about this: The key executive who makes the decision to layoff employees is also laid off.

Imagine how differently they’d work if employee layoffs meant theirs too. Guaranteed, no question.

Think how many creative strategies might be developed. Picture the increase in the quality of decision making. Executive thinking would start out with the endgame in mind of no job losses – theirs or employees.

But you may ask “Don’t executives get fired for their corporate failures? The same ones that lead to large layoffs?”

Obviously, top executives get fired. But they’re in a better position for getting rehired somewhere else – and their employment contracts cushion personal finances. See Bob Nardelli as he left Home Depot with a ton of cash and was hired by Chrysler in the same year. This isn’t the same situation for the 1,000s laid off.

Of course this is. The devil’s in the details. But there are plenty of smart people who could figure out how to make it work.

It only takes looking at something that’s broken and not accepting it. But working to make it better.

After all that’s what we’re paid for, isn’t?

(For the record, Chris Arlen has never received a year-end cash bonus of $3,000,000, received millions in stock, or flown on a corporate jet)

Consequences2007-12-142015-02-05https://www.revenue-iq.com/wp-content/uploads/rev-iq_logo_web.pngRevenue-IQhttps://www.revenue-iq.com/wp-content/uploads/rev-iq_logo_web.png200px200px
About
Chris Arlen
I consult with facility service contractors across North America who want to improve that "last mile" of sales success. We collaborate to create winning solutions; I bring outside expertise and best-practices, they bring specific customer insights and organizational knowledge.