By Chris Arlen
January 2, 2008
Emperors' clothes. Elephants in rooms. Groupthink is here and management is susceptible. Click To Tweet

From “eyes wide shut” on a particular decision – to a culture where dissenting opinions are never heard. Or if they are, they’re fired shortly thereafter. 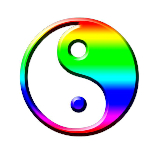 The purpose of decision making should be to get the greatest gain for the most stakeholders from each opportunity. So why are dissenting opinions frightening?

Because in business, teams count. Teams get more work done. Better, faster, and cheaper than individual efforts. So, if cohesive teamwork is a management goal, why would dissent be invited?

Because teamwork also comes with a potential for groupthink. And it can be lethal.

Groupthink contributed to the Kennedy administration’s failure at The Bay of Pigs by not seeking dissenting opinions to challenge their thinking. A NASA engineer identified the fatal flaw that doomed the Space Shuttle Challenger before it lifted off, but executive management all agreed it couldn’t be fatal, until the disaster proved them wrong.

When we only hear what we want, we’re driving 150 mph in the fog.

To avoid a fatal crash, it’s an absolute necessity to hear dissenting opinions. The process for hearing those views has to be built into management practices and company culture. Intentionally.

Here are a number of ways to do that. They’re simple, but then again you don’t want to be seen naked, or step in elephant pooh.


First things first. It’s important to communicate the following rules with those you’ll be asking their opinions. These are rules, not guidelines. If these aren’t followed, or fully understood, you could easily have a nuclear meltdown. Here they are:

One can present views with passion.

If it’s important, people are going to care about it and some may express themselves passionately. That’s OK, as long as the next rule is followed.

Opinions can NEVER be expressed abusively or insultingly.

Expressing one’s self passionately is great, but all expressions must be about the decision/idea. And never insulting or personal. NEVER.

Opinions will be heard, but no guarantees.

Asking for dissenting views does NOT guarantee those views will become, or affect the decision. The final decision maker is ultimately responsible. Those are organizational roles. Seems logical enough, but this needs to be stated explicitly. Otherwise there’s room for misunderstanding that people are being asked to make the decision. Not the same thing.

If opinions aren’t voiced, they won’t be heard.

Don’t complain about politics if you don’t vote. Same logic applies here. There’s no motive to change a decision unless a dissenting opinion is expressed.

#2 – Who Should Give Dissenting Views?

As many people effected by the decision as reasonably possible. How many is that? Your call. The more who feel they’re opinions are really heard – the better the implementation of the decision.

#3 – When Should Dissenting Views Be Asked For?

As often as reasonably can. However, it may not be reasonable to do that with every decision. But for the important ones that have to be flawlessly implemented, you’ll want to ask.

The rub is if you don’t normally ask for dissenting opinions, or if that isn’t part of your company’s culture, consider asking a few people at first. Then work your way up to larger decisions, and more frequently.

#4 – How Should Dissenting Views be Heard?

Also, asking individuals one-on-one works too, but it can take more time if you have many people to ask.

For each important decision, assign someone to analyze it and tear it apart, intelligently and respectfully. Have them report in group meetings.

Rotate the devil’s advocate position for each decision. This makes sure the same person isn’t doing the dirty work each time.

There’s nothing common about sense (M.Twain), so here’s the obvious:

Don’t ridicule or point to negatives.

Don’t shoot holes after hearing dissenting opinions. Truly listen, then replay back to them their opinion to confirm your understanding. Remember, after a couple of public humiliations the dissenting view understands their ideas are NOT valued, no matter what platitudes are shared.

Cutting someone off in the middle of their opinion can be a strong deterrent for dissenting views. This must be balanced with managing an overly verbose person on a soapbox. But hey, you’re good at people skills, right?

Jobs. Mortgages. Financial survival. Of your employees. That’s what they believe. If you haven’t asked for dissenting views before and your company culture is shark infested, that’s exactly what they’re thinking.

So why should they bother? It takes a lot of personal power and organizational savvy to convince others they’re safe to voice dissenting views. It’s THE critical aspect of management. Developing the trust of those that work with you and for you. It’s a manager’s ethical responsibility to protect that trust.

You’ll develop a culture where dissenting views are actively sought out and respectfully heard. Better decisions and ideas are born from this diversity. As are enthusiastic and effective implementations. And train wrecks and disasters avoided.

What do you do to hear diversity of thought?

diversity leadership Management organizational development
Diversity of Thought: 6 Tips2008-01-022017-07-17https://www.revenue-iq.com/wp-content/uploads/rev-iq_logo_web.pngRevenue-IQhttps://www.revenue-iq.com/wp-content/uploads/diversity_of_thought.jpg200px200px
About
Chris Arlen
I consult with facility service contractors across North America who want to improve that "last mile" of sales success. We collaborate to create winning solutions; I bring outside expertise and best-practices, they bring specific customer insights and organizational knowledge.