Software is NOT a Service – It’s a Tool 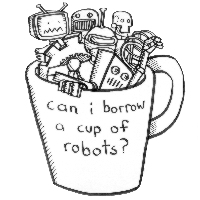 A client of mine recently signed up for Salesforce.com. Actually, a number of clients are using it already, or are considering it.

Salesforce.com is a Customer Relationship Management (CRM) solution. It calls itself a Saas (Software as a service, typically pronounced ‘sass’).

However, software is not a service.

Signing up for it doesn’t make anything happen.

Until the user uses it. And that means users have to first know what they’re supposed to be doing. The business process part of it. The part that enables one human to interact with another. Whether it’s a salesperson with a prospect, or a support tech with a customer.

And that’s what got me thinking.

After 21 years of working with facility services, it’s abundantly clear that software isn’t a service. It’s a tool. A powerful one, but just a tool all the same. It lacks the liveliness of engagement.

Why does it matter that Software isn’t a Service?

Calling software a service determines how a company thinks about services in general. And that influences how services are purchased or managed.

And if you’re an outsourced service provider, that can be a huge problem.

Your customer’s expectations may default to those of software, which may include some variation of:

When customers have service expectations associated with software, trouble is close at hand.

The Nature of Service is….

You can’t see it when it’s delivered. It’s just there.

It varies each time it’s delivered. It physically can’t be deliverd exactly the same way from one instance to the next. Time itself makes that impossible. Aren’t you a second older now than you were a second ago?

#3 Produced in front of the customer

It’s not a product that’s manufactured in a plant, QC’d to perfection, and then shipped to the customer. It all happens right there, in front of them. Customers get to see service production 1,000s of times a day.

Service can be defined as…

An interaction between humans for the exchange of value. It’s the interaction that counts, as far as services are concerned.

But customers seek the human connection. That’s the service part. Even if going through email or Live Chat.

Think email and Live Chat make a case for software as a service? As an online support service?

Think again. They’re tools that can be part of a support service, but are tools only. By themselves they don’t accomplish anything.

But when support techs respond, then service takes place. And that’s the valued interaction – cool tools or not.

Calling Saas as I see ’em

If service providers believe Saas and strive to make their services more like software, they’re doomed to fail.

And they’re missing out on the truly valued customer opportunity that services present: that of making a connection between one human to another.

That’s the part technology can never replace, even as software becomes more sophisticated and intelligent.

Recognize what service truly is and rejoice in it. And make that your competitive advantage. You’re human after all, and that’s really what other humans want to connect with.

How do you think about services?

Software is NOT a Service – It’s a Tool2008-11-112015-02-05https://www.revenue-iq.com/wp-content/uploads/rev-iq_logo_web.pngRevenue-IQhttps://www.revenue-iq.com/wp-content/uploads/rev-iq_logo_web.png200px200px
About
Chris Arlen
I consult with facility service contractors across North America who want to improve that "last mile" of sales success. We collaborate to create winning solutions; I bring outside expertise and best-practices, they bring specific customer insights and organizational knowledge.

“How” as Important as “What”Marketing
Aren’t We There Yet?Marketing, Selling