Self-respect in the Service Role 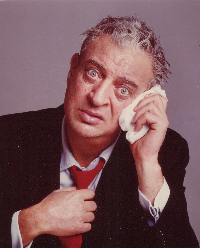 Rodney Dangerfield‘s “I don’t get no respect” setup his punchlines.

The service role can say the same thing that it doesn’t get respect either, but it’s not funny.

Someone has to do this work. Imagine the chaos of daily life if its not done. Remember the inconvenience and disruption when services are done carelessly, haphazardly, or incompletely.

It’s clear the service role is not respected for its importance.

Why is Respect to the Service Role Important?

If you manage or contract a service you’re continually looking for great service people. These individuals help make or, in their absence, break your service.

And the best people have a strong sense of self-respect, which leads to…

This self-propagating wheel of good fortune secures the respect of others.

However, the reverse of the above is also true. If the service role isn’t respected by the department, business, or those performing the service, bad things occur, such as:

Funny, the Service is Respected, but not the Role

Service departments and business enterprises get some degree of respect. They’re fulfilling a business or support function. They’re employing people, and/or making profits, and/or paying taxes.

Yes, some services are more respected than others (high-tech is sexier than long-term nursing), but all in all, the service itself is respected for its contributions to businesses, the economy, and society.

In today’s world, the individual role of the person providing service is looked down upon.

There are exceptions. They’re the highly paid business professionals, such as lawyers, doctors, programmers, architects, etc.

But there are far fewer professionals compared to the millions of people in lower paid service roles.

So why the lack of respect? Is it because some service roles aren’t valued, therefore low paid?

Valued and respected aren’t the same.

Someone Who Serves is Not a Servant

The reason the service role isn’t respected is a result of a limiting mindset, a false belief that “someone who serves” is a “servant”.

In the egalitarian-minded U.S. today “servant” is a pejorative term, not a respected professional role.

Changing Direction from the Inside Out

Obviously there’s a business rationale for raising the respect of the service role in both the minds of the individuals providing service and society at large.

Some sage said that “to change the world you must first start by changing yourself”. And so it is with respect for the service role.

There appear two routes towards increasing that respect, though I’m certain there are many more.

Here’s a great example of a motto created for hotel workers by the former Ritz-Cartlon President, Horst Schulze.

From this motto training programs, practices and procedures were crafted to support the motto. Yet this simple statement communicates the worthiness of the service role.

It makes the server equal to those being served. As a result, it enables the server to retain their self-respect while serving others. It’s incredibly powerful for employees who may not have started out with a lot of inherent self-respect.

And this worthiness is in direct contrast with the mindset of a “servant” that implies being lesser than those served.

By adding self-respect to the hiring profile, service departments and contractors will be further along to realizing the business benefits from those who respect their service role.

How are you raising the respect for your service role?

customer loyalty employee productivity service peformance service role
Self-respect in the Service Role2009-01-082015-02-05https://www.revenue-iq.com/wp-content/uploads/rev-iq_logo_web.pngRevenue-IQhttps://www.revenue-iq.com/wp-content/uploads/rev-iq_logo_web.png200px200px
About
Chris Arlen
I consult with facility service contractors across North America who want to improve that "last mile" of sales success. We collaborate to create winning solutions; I bring outside expertise and best-practices, they bring specific customer insights and organizational knowledge.