$10 Billion for a Worthwhile Bank 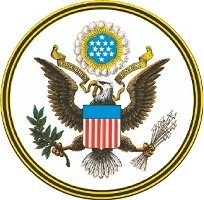 There are two things that raise my skepticism meter: #1 Politicians. #2 The word Green.

I believe politicians’ motives should always be questioned. It’s a good idea to suspect the first 100 or so things they say,  before they get to the real deal.

And Green has been splashed over everything to sell stuff, even a Bamboo Baby Hat (real) and a Grass Cell Phone (conceptual).

So why, in the midst of AIG bonuses and stuffing taxpayer money into banks,  should the idea of the US government funding another bank with $10 billion sound worthwhile?

Here’s why: A Green Bank to Fund Clean Energy!

“Tuesday, March 24, 2009, Congressman Chris Van Hollen (D-MD), Assistant to the Speaker, introduced the Green Bank Act of 2009.  The legislation creates the Green Bank as an independent, tax-exempt, wholly owned corporation of the United States.  The Bank’s exclusive mission will be to provide a comprehensive range of financing support to qualified clean energy and energy efficiency projects within the territorial United States…

The Green Bank Act of 2009 would do the following:

Now I don’t know how you feel about more taxpayer money being spent, but I can buy into this one.

clean energy Green Bank Act of 2009 green jobs
$10 Billion for a Worthwhile Bank2009-03-272015-02-05https://www.revenue-iq.com/wp-content/uploads/rev-iq_logo_web.pngRevenue-IQhttps://www.revenue-iq.com/wp-content/uploads/rev-iq_logo_web.png200px200px
About
Chris Arlen
I consult with facility service contractors across North America who want to improve that "last mile" of sales success. We collaborate to create winning solutions; I bring outside expertise and best-practices, they bring specific customer insights and organizational knowledge.