4 “BE”s for Selling in the Great Recession 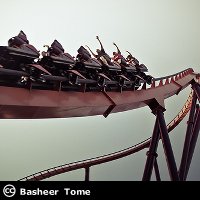 Economic news these days is a jumble of cries about double dip recession and the U.S. succumbing to a Japanese-style “lost decade” with multiple recessions.

From the media’s perspective the economy is a very frightening animal. Fear-inducing articles sell ad space.

So their perspective is often short-term, the immediate take on last month, quarter, or year. Keep the fear factor up and so goes ad revenue.

Until one looks at a more historical view, which is what “The Recession Dating Game” by Michael Boskin does. He presents a longer term perspective on the economic situation and puts it in historical context.

While things are definitely not so good now, they’re likely not as bad as the general media hype.

Whatever you’re prospects are feeling in this economy it’s likely to be around for a number of years. So here are four “B”s that might help you stay sane, maybe even increase your success.

#1 BE Aware of Changes in Buying Behavior

What’s changed about the way your prospects are buying your service in this economy?  How has their behavior changed because of what appears to be a long, slow recovery? Are they:

* Contracting for shorter periods of time – 1 year instead of 3 year contracts?

* Procurement involved in every bid?

Whatever these changes might be, they’re your new sales reality. Recognize and adapt to them, whether it’s a re-honed message or different approach.

And with your changes, still hold true to universal, timeless truths (WIIFTP: what’s in it for the prospect?) and your personal values (you’ve still got ’em right?).

Have a long-term plan (1 year minimum, 3 years is probably too far). Plans provide gravity, emotional stability and personal fortitude. They make us feel as if we have control over something, and that’s a good lie to live with.

Don’t have an individual sales plan? Here’s a free ebook “How to Write a Sales Plan” and 3-page Sales Plan Template when you subscribe to Revenue-IQ.

#3 BE Flexible in Approach

Seems contrary to #2’s having a plan, but a plan requires you to spell out your approach in a strategic way.

#3’s Being flexible in approaching prospects is tactical. It’s what you’ll do on a particular day. You start from your plan but now you’re now faced with an alternative. Don’t shun it. Sniff it, ponder it quickly, then act. Maybe it’s meeting prospects in new ways, such as:

* Participating on committees of trade associations

Here’s more info in “Selling in our Millennium“.

#4 BE Topical in Conversation

Prospects’ attention, like ours, is pulled to the new crisis of the moment, whether its the economy, upcoming legislation, emergent threats or latest technology.

It’s the salesperson’s job to connect the relevance of the service being sold – to – the survival and success of prospect’s business.

That’s an easier conversation when it begins (appropriately) with the topic of the moment. The salesperson connects that upcoming legislation, emergent threat or latest technology with an impact on the prospect’s business. Then shows how the salesperson’s service can help the prospect solve their business pains and achieve their goals.

Here’s an article that speaks to the salesperson’s job of making the connection, “The #1 Secret to Sell More Service Contracts“.

Unfortunately, the future of the economy is unclear, but hopefully your selling will continue to be successful. Good luck.

Buying buying agendas Selling
4 “BE”s for Selling in the Great Recession2010-08-052015-02-18https://www.revenue-iq.com/wp-content/uploads/rev-iq_logo_web.pngRevenue-IQhttps://www.revenue-iq.com/wp-content/uploads/rev-iq_logo_web.png200px200px
About
Chris Arlen
I consult with facility service contractors across North America who want to improve that "last mile" of sales success. We collaborate to create winning solutions; I bring outside expertise and best-practices, they bring specific customer insights and organizational knowledge. 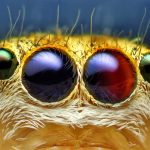