The Mystique of Partnership 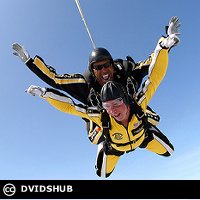 Every supplier I’ve spoken with wants to be a “partner” with their customers. It’s right up there with other cliches, such as “our service is second to none” and “our people are our greatest asset”.

However, because a saying is trite doesn’t mean suppliers want it any less. Suppliers want to believe a partnership means:

Partnership by any other name…

Suppliers and customers have a partnership but it’s misunderstood. The cause of the misunderstanding is the interpretation of the “partnership”.

This is the worst case scenario for suppliers. In this interpretation customers are traders and suppliers are undifferentiated commodities, swapped out for the lowest price on a whim.

This is likely the most common form of customer-supplier partnership. Obviously, customers are the senior partners and suppliers the junior. As customers call the shots, suppliers can still recommend and implement improvements, savings and other changes.

This is the best case for suppliers as it confirms their most hoped for beliefs (recognition, respect and honesty).

The truth shall set suppliers free

Suppliers are best served by honestly determining which interpretation each of their customers is working under.

When it’s clear a customer is a trading partner, that may be a good time to “redefine” that relationship, which is a polite way of saying fire that customer.

Suppliers can turn a customer from a trader into the more common (and acceptable) senior / junior partner, but it may not be worth the effort.

In all partnerships, customers decide the what, when and how of partnership decisions, even as equal partners.

However,  suppliers with foresight can intentionally decide whether to go down a particular partner road and gracefully exit, or work to raise customer awareness of their value and contributions.

contract services customer expectations Service service contractors service contracts
The Mystique of Partnership2011-01-122015-02-05https://www.revenue-iq.com/wp-content/uploads/rev-iq_logo_web.pngRevenue-IQhttps://www.revenue-iq.com/wp-content/uploads/rev-iq_logo_web.png200px200px
About
Chris Arlen
I consult with facility service contractors across North America who want to improve that "last mile" of sales success. We collaborate to create winning solutions; I bring outside expertise and best-practices, they bring specific customer insights and organizational knowledge.

Don’t Go Under That BusService 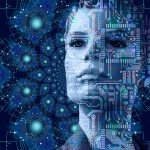