Desperate salespeople cling to unsolicited proposals like the last life jacket in a sinking boat. Unsolicited proposals do have their upside but their positives occur only in selected circumstances, as you’ll see in Part 2 next week. However, for salespeople (and we’ve all been desperate before) it’s more important to cover the negatives first before the reputation of the sales profession is tarnished further.

It’s what it sounds like – a sales proposal given to a buyer who didn’t ask for it, didn’t know it was coming, and may not need the service at this time, or ever.

Why the Desperate Use Them?

When salespeople need to make a fast sale, earn a commission, or keep their job they’ll try desperate measures. Here’s what the misguided are trying to achieve:

Nothing like telling buyers the salesperson doesn’t have the courtesy, time or skills to find a way of reaching them appropriately. If buyers don’t trash the unsolicited proposal immediately they may read the salesperson’s name and remember them as someone not to do business with.

How about the sight of the salesperson’s lovingly produced proposal sitting in the bottom of the round file? That’s its likely destination and now their company logo is staring up at the buyer each time she passes by the wastebasket or recycle bin.

Just think of the negative associations that can be attached to an insensitive, lazy, disrespectful submission of a sales proposal (this trumps whatever quality went into the proposal itself).

Like spam email, junk snail mail and robo sales calls, unsolicited proposals teach buyers ways to avoid sales and marketing messages. Buyers get better at filtering out, just the opposite of what salespeople and their companies want.

Falsify the intent of sales reports


Sales reports can quickly bloat up with large numbers of unsolicited proposals. However the probabilities of securing any of them are between slim and none. While unsolicited proposals are true to the letter of reporting, they miss the intent of providing real insight into the sales pipeline.

What more productive activities could the salesperson been doing to develop buyer relationships and increase their chance of success in a legitimate proposal submission? How much did the admin’s time cost, the proposal documents and collateral brochures?

No preventing salespeople from spitting out unsolicited proposals

No one can stop salespeople from submitting unsolicited proposals – not buyers, not their sales manager. They can pump them out as fast as a mouse click. That’s the negative – there’s no one around to stop them from hurting themselves or their company from all the harm listed above.

Part 2 – The Upside to Unsolicited Proposals

Despite all the negatives there are positives to unsolicited proposals, check them out here:

Unsolicited Sales Proposals: Part 1 – The Downside2011-04-222017-05-22https://www.revenue-iq.com/wp-content/uploads/rev-iq_logo_web.pngRevenue-IQhttps://www.revenue-iq.com/wp-content/uploads/unsolicited-sales-proposals-the-downside.jpg200px200px
About
Chris Arlen
I consult with facility service contractors across North America who want to improve that "last mile" of sales success. We collaborate to create winning solutions; I bring outside expertise and best-practices, they bring specific customer insights and organizational knowledge. 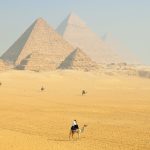 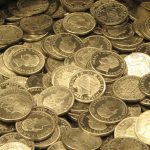