5 Sales Objectives in the Quiet Phase of Buying Cycles

By Chris Arlen
June 16, 2011
5 selling objectives for the quiet phase of the buying cycle Click To Tweet

The quiet phase of the buying cycle occurs after the first meeting with a prospect up to the moment the contract is out for bid. This phase may last 3 months or 3 years.

It’s considered quiet because there are no sales numbers. No proposals are submitted, nor contracts won, therefore it looks quiet in sales reports.

What should sellers do during the quiet phase?

Many sellers wait and contact buyers when they’re told the bid is out.

Some sellers call buyers every month and ask “can we give you a proposal?” (I had to be handcuffed to my desk to break this compulsion).

But a few savvy sellers work a set of objectives that increase their odds of winning at the moment of truth: when the bid comes out and a contract is in play.

For now, here are the top 5 objectives. Although numbered they can be achieved in any order, and are in fact interconnected, e.g. working towards one may achieve another.

Do or die. This objective, if not reached, ensures there is no sale. To place sellers on their bid list, prospects host a beauty pageant one seller at a time, using simplistic criteria to pre-qualify sellers, such as:

Lucky for sellers it’s only a minimal level of credibility needed at this time. Prospects know they’ll be going through a deeper evaluation during the actual bid process. So getting on their bid list in this phase is typically not a major exercise.

SIDE NOTE: Do you believe prospects when they say “You’re on our bid list?” Or is this said to get sellers out of buyers’ offices?

Either way savvy sellers act as if prospects are telling the truth, even if they believe they’re lying. Being savvy means sellers work towards the objectives listed below, which keep them in touch with prospects and gaining in credibility.

This isn’t industrial espionage. It’s sellers acquiring the info they need to win the contract.

Savvy sellers know the RFP doesn’t include that kind of info because it can be embarrassing. Insider info is often considered a failure on the prospect’s part, either because they made a costly mistake or their supplier failed and they look bad upstairs.

Sellers have months, maybe years before submitting their proposal. The insider info they discover becomes the rock on which their proposals are built, and raises their chances of winning the contract.

Prospects don’t blurt this info out in their first meeting. That’s why during the quiet phase sellers must find out what their prospects’ problems are and what they want improved. If that doesn’t get into their proposal their chances of winning plummet.

This is as much about raising the seller’s individual credibility as it is their firm’s.

If sellers don’t return emails quickly, or don’t do what they said they were going to do, prospects belive that’s what they’ll get from that firm.

Additionally, the quiet phase allows sellers to pre-position their firm against the competition (increasing the firm’s credibility) by raising prospects’ awareness to the seller’s unique strengths.

The challenge for sellers is that prospects are busy. They’ve had their first meeting with sellers. They’ve told sellers they’re on their bid lists. And now they want to be left alone to do their work.

Sellers must plan and then implement a process where they have legitimate, non-intrusive, value-based interactions with prospects. These are interactions where sellers are not selling.

This objective supports all the others, and failing to find a way to remain on prospects’ radar during the quiet phase virtually ensures failure. As critical as this objective is, this is where most sellers fail miserably.

Gone are the days when prospects award contracts to sellers just because they’re personal friends. Today there’s much more transparency and oversight in purchase transactions.

However, building stronger relationships with prospects makes it easier to achieve the objectives above. And while sellers must avoid excessive entertaining of prospects, some relationship building helps getting prospects to share their insider info before the bid (pure gold).

Other Objectives before Contracts are Put Out for Bids?

5 Sales Objectives in the Quiet Phase of Buying Cycles2011-06-162017-07-11https://www.revenue-iq.com/wp-content/uploads/rev-iq_logo_web.pngRevenue-IQhttps://www.revenue-iq.com/wp-content/uploads/5-sales-objects-pre-bid.jpg200px200px
About
Chris Arlen
I consult with facility service contractors across North America who want to improve that "last mile" of sales success. We collaborate to create winning solutions; I bring outside expertise and best-practices, they bring specific customer insights and organizational knowledge. 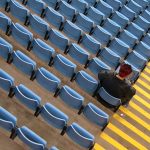 23 Ways to Get a First Meeting with ProspectsSelling 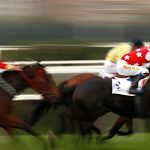 In It to Win It: 16 Sales Actions for Better OddsSelling