The Secret Subtext that Motivates Prospects

There’s a communication that takes place when sellers talk with prospects. 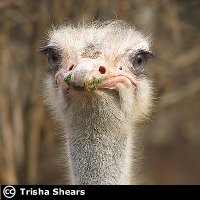 Rarely spoken aloud, all prospects want to look good in the eyes of their company

It’s implied, never spoken yet always present, just below the surface of every conversation. It’s the subtext of the sales conversation all prospects want to hear.

Maybe not cosmetically, but look good in the eyes of their company. Prospects want to help their company thrive or survive so they’ll be rewarded personally.

We all believe that. If we do something phenomenally well for our company and it succeeds, we believe the company will reward us. That’s reciprocity.

Prospects are the same. They’re motivated by the potential for personal reward if their company contributions win big.

These aren’t kickbacks or bribes, they’re prospects’ personal wants such as:

Of course prospects look for personal reward after first helping their company succeed. Otherwise it could be a kickback or bribe.

Sellers must account for the personal motivations of prospects when selling. It requires sensitivity and subtlety on the seller’s part. And it can’t be approached directly.

Through conversations with prospects sellers identify what the personal motivations are – and which company wins are likely to help the prospect win. What is a company win?

That’s the explicit, spoken part of conversations with prospects. It’s where sellers learn how their service helps that company thrive or survive.

However, once learned, savvy sellers use the information about company wins to subtlety point out how the prospect’s department will succeed as well.

What’s left unspoken is how that departmental and company success will benefit the prospect personally.

For example, if a prospect is on a fast career track they’ll be more interested in seller solutions that are highly visible within their company.

Seller’s can promote their prospect’s success as part of their solution by incorporating:

This takes sensitivity and sophistication to pull off. Sellers don’t want to sound sycophantic or be misunderstood as offering a bribe.

But looking good in their company’s eyes definitely counts with prospects.

It’s up to the seller to integrate that possibility into conversations without being obvious.

How do you Sell Prospects’ Personal Rewards?

The Secret Subtext that Motivates Prospects2011-06-232015-02-05https://www.revenue-iq.com/wp-content/uploads/rev-iq_logo_web.pngRevenue-IQhttps://www.revenue-iq.com/wp-content/uploads/rev-iq_logo_web.png200px200px
About
Chris Arlen
I consult with facility service contractors across North America who want to improve that "last mile" of sales success. We collaborate to create winning solutions; I bring outside expertise and best-practices, they bring specific customer insights and organizational knowledge.

The Sales Conversation All Prospects Want to HearSelling
Give Me A Break! Sales Training You Don’t NeedSelling