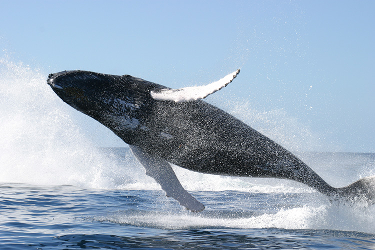 Big companies know they're big and have big expectations for their service contractors. Are they worth it?

Big deals have their upsides and down. Unfortunately service contractors don’t learn them until after the fact. Each large contract and big company are not the same but their similarities are worth taking a look at before contractors seek them out, bid on and sign them.

What Service Contractors Get

This is the primary reason contractors want them but profit margins are typically miniscule. However, that large revenue hit makes the contractor’s topline look good.

The meager profit margins are offset by contributions to the contractor’s fixed overhead. These costs for corporate offices and company infrastructure (HR, IT, Legal, etc.) generally don’t change with the addition of a single very large contract.

The overhead contribution from a number of big companies can lower contractors’ overhead as a percentage of their total price. This makes their pricing more competitive (read: lowers their total price) when bidding on that next whale of a contract.

Big companies are known, that’s one of the reasons they’re big. With their visibility in the marketplace contractors can use them as references, or just point to them, to help their marketing and sales efforts win more contracts. New contracts can come from:

* Other locations with that same company
* New large, national customers in the same vertical market
* New small-customers locally near the flagship

Big companies are demanding as customers. They expect a lot from contract services. This forces contractors outside their comfort zones to figure out how to deliver responsively, reliably and cost-effectively.

Once a contractor has thrashed through and found how to keep the demanding big company happy, they’ve gained new capabilities and experience in the process – ready for the next mammoth.

Although most service contracts have a 30-90 day out clause for either the big company or contractor, it’s rarely used.

For the big company to admit they hired the wrong contractor is too much egg on their face. So they’ll lay low, make the contractor’s life hell, then hire another contractor when the contract term expires.

This means the winning contractor can reasonably expect that revenue stream for at least one year, or more if the contract had a longer term. Although it won’t be fun and the contractor may be losing money to boot.

Landing the whale is the ego reward for the winning contractor – and many get caught up in it.

However, there are real organizational benefits for a contractor’s employees to realize they’re dancing with Goliath. It’s almost a coming of age story for contractors’ employees, they’ve made it because they’re now serving the big company. Good for morale, good for confidence, and likely good for a bump in productivity (corporate, support and administrative staff).

With big companies in a contractor’s book of business they’re more attractive to potential investors. Whether it’s a merger or sale, having name companies as customers is very appealing.

What Big Companies Get

Some of the following should come as no surprise to contractors as they’re spelled out in the RFP, contracts’ terms and conditions, etc. But some are only to be experienced after service starts to be believed.

Some big companies stipulate in their RFP they must get the contractor’s “best price among equals”, or “preferred client pricing”, or “pricing that is the lowest among the contractor’s customers”. This can include volume discounts as well.

Of course contractors decide what they’re willing to suffer when they submit their pricing. This is the winner’s curse that some contractors willingly accept to gain the benefits listed above.

Savvy big companies will take non-routine services that occur irregularly and place them under the same pricing as the base service contract.

For example, special events that contractors normally price at much higher hourly or project rates with big fat profit margins. Big companies will roll those in under the same low hourly markup as the base service contract.

Contractors see this in the RFP process as big companies don’t want contractors to get too much profit. This can seem hypocritical as most big companies would never take the molecular thin profit margins that service contractors fight over.

Many big companies will use full disclosure pricing during the RFP evaluation and then forget about it in the rush of day-to-day work, only glancing at the monthly actual to budget numbers.

However, this changes quickly if the contractor falls down. The big company will miraculously now find time to examine and question every line item in the full disclosure billing.

Big companies like performance based contracting. It gives them a god-like feeling of power knowing that if the contractor didn’t perform, they can withhold payment of the contractor’s profit.

These are typically tied into Service Level Agreements (SLAs). However, SLAs require sophistication to correctly define levels and triggers for punitive financial actions, or rewards.

Contractors sign the big companies’ contracts and the contract language can be slanted irrationally in their favor. Big companies often ask contractors to hold them harmless and indemnify them no matter what happens or whose fault it is. This pushes risk onto the contractor and is a key benefit big companies see in outsourcing.

Big companies often want contractors to carry extremely high levels of coverage. As you can guess, one accident at a big company and somebody’s getting sued. The big company wants it to be their contractor who can make the payouts from the contractor’s insurance company.

Big companies almost always want to be named as additionally insured in contractors certificates of insurance.

Contractors rarely learn about this before service. It always comes as a surprise when the payment terms in the RFP aren’t met in real life.

Service performance is the basis on which big companies determine if they’re happy with their contractor. That means contractors must define, track and report Key Performance Indicators (KPIs). This aspect alone can be very time consuming for contractors’ management, and contractors typically don’t account for this in their pricing.

Big companies know they’re big. Their ego, that of their employees, has expectations that they’re very good at what they do, so too should be whichever contractor is lucky enough to work with them.

This means not only jumping high when asked, but continually bringing innovation to the table, proactive cost reductions, as well as minimally acceptable level of service complaints.

What Do You Think?

That’s a 30,000 foot view at large service contracts with big companies. Do they still look like appealing targets for contractors to pursue?

Let me know if they sound familiar to you, or if there are others that should be listed and are not.

Selling Large Service Contracts to Big Companies2011-07-072015-02-05https://www.revenue-iq.com/wp-content/uploads/rev-iq_logo_web.pngRevenue-IQhttps://www.revenue-iq.com/wp-content/uploads/rev-iq_logo_web.png200px200px
About
Chris Arlen
I consult with facility service contractors across North America who want to improve that "last mile" of sales success. We collaborate to create winning solutions; I bring outside expertise and best-practices, they bring specific customer insights and organizational knowledge.