Persuasion in sales proposals can seem like a myth. It sounds real but few know how to create a persuasive proposal.

So let’s take a look at persuasion in sales proposals, specifically how to persuade, consultative selling and…

The Sphinx of Sales Proposals

The golden fleece in the service world is a signed contract, a really large contract, one that requires submitting a proposal.

Our heroic sales reps struggle through the first parts of the sales cycle by cold calling, qualifying prospects, getting first meetings, taking prospects out to coffee, lunch and dinner.

They suffer from un-returned voice messages, unanswered emails, and missed appointments. But still they persevere.

And at last the bid opportunity arrives – the moment of truth – and they can now submit their proposals.

However, one final obstacle to the sale is before them, the dreaded sphinx, who guards the contract award by posing a riddle to all competing bidders.

The riddle is this: “Why should my customer select you?”

In response, our sales reps spew thousands of words declaring their “competitive differentiators”, “value propositions” and “value adds” in proposals. They make grand statements about how grand their firms are. They describe their virtues, benefits and features.

But with all that expended effort those dusty, tired sales warriors submitted proposals that were:

And the sphinx read their proposals.

And instead of eating the reps as a good sphinx should (that’s what happens when you give the wrong answer) it banished them by choosing another bidder.

It chose a bidder whose proposal persuaded the sphinx its customer would get what was needed and wanted.

For sales proposals, persuasion is the key to survival.

Knowing how to persuade others, or even a sphinx, has been around a long time. Here are three people who knew how and did it well.

The Roman statesman and philosopher is attributed with:

“If you want to persuade me, you must first think my thoughts, feel my feelings, and use my words”.

Now a Roman statesman would know a thing or two about persuasion. After all, the senate floor was a continuous debate. Persuasion then, as now, is about guiding others to the adoption of an idea by rational and symbolic means, though not always logical.

St. Francis has a prayer attributed to him where it says he would rather

“love, than be loved”, “understand than be understood.”

This altruistic position is a structural foundation for persuasion.

Steven Covey, author of The 7 Habits of Highly Effective People

“Seek first to understand, then be understood”.

That’s workable. Find out customers’ want/need then ask them to understand your proposal. Sounds like a plan.

The Basis of Consultative Selling

Seeking to understand first is the basis of all consultative selling. It speaks to the fundamental human condition of WIIFM – What’s In It For Me?

The logic of persuasion says if we don’t first understand what customers are about, why would they be interested in what we’re trying to sell?

Taking concept into practice, there are two parts to put consultative selling into persuasive proposals.

To solve the sphinx’s riddle reps must first understand their customers. But understand what?

That’s it. That’s all sellers have to find out, before the opportunity to bid.

Here’s the tricky part about persuasive proposals and sphinxes.

The proposal must playback understanding to the customer.

In other words, the seller’s understanding of their customer’s problems and improvements must get into the proposal doc. If not, that proposal is lost, banished by the sphinx.

Sellers’ proposals must playback to their customer that they (seller) understand their situation (customer problems and improvements). This must occur before customers will be open to persuasion.

Answer to the Riddle of the Sphinx

Hopefully, by now it’s clear the answer to the sphinx’s question of “Why should my customer select you?” is:

“Because we understand you want to solve customer problem A, problem B and problem C. We’ve also learned your customer wants to achieve improvement A, improvement B and improvement C.

We’ve designed our service solution to solve those problems and help your customer realize those improvements.”

There may not be a sphinx anymore, but persuasiveness matters in sales proposals.

Sales Proposals, Persuasion & the Sphinx2011-08-092017-06-29https://www.revenue-iq.com/wp-content/uploads/rev-iq_logo_web.pngRevenue-IQhttps://www.revenue-iq.com/wp-content/uploads/persuasion-in-sales-proposals.jpg200px200px
About
Chris Arlen
I consult with facility service contractors across North America who want to improve that "last mile" of sales success. We collaborate to create winning solutions; I bring outside expertise and best-practices, they bring specific customer insights and organizational knowledge. 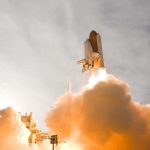 Writing a Proposal: The Moment of TruthProposals 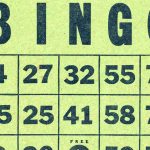