Writing a Proposal: The Moment of Truth

Writing a sales proposal is the most critical moment in the sales cycle – because it’s the start of everything.

Proposals lead to contracts, that lead to billing, revenue, profit and sales commissions.

Fail at the proposal and all time, efforts and costs to market and build relationships are lost. Hopefully, the opportunity can be resurrected in one to three years when that bid next comes up, but for now it’s gone.

Why then are most sales reps and suppliers so willing to put out mediocre proposals? It’s as if stuffing bloated responses to RFPs by deadline, or sending obese cut-and-paste proposals quickly is enough.

The Point of a Sales Proposal

The sole purpose of a sales proposal is to persuade decision makers to take action – to award you their contract.

That’s it. End of story. Everything else is secondary.

What about complying with RFP instructions?

Yes, if you persuade them you’ll have fully complied with their RFP requirements. But compliance is not the purpose, or goal of your proposal.

All the losing bidders likely complied with the RFP instructions, but they lost never the less. Who wants to be a compliant loser?

What about informing customers of our abilities?

Informed decision makers end up awarding the contract to a supplier who persuaded them they would deliver what they were looking for.

Focus laser-like on the proposal’s purpose and the path to winning the contract becomes clear.

The Curse of the Kitchen Sink

More is not better. 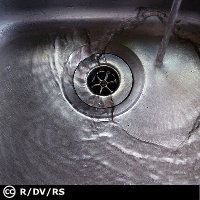 Why do suppliers torment decision makers with all the data they have?

More data, not less, is hurting your proposal’s chance of being read completely.

Consider this: a proposal for a large bid can have 15,000 words or more. And that’s one proposal.

Think of decision makers who must read five to eight of these behemoths. That’s 60,000 to 120,000 words to read – and still find time to do their primary job!

If you’re dumping data into proposals because you don’t know what’s important to decision makers, then you’re hurting your cause, not helping it.

Large savvy customers have had enough of data dump proposals. They’re now limiting the number of words that can be used to answer their RFx questions (RFx stands for Request for Information, Quote or Proposal).

They’re writing explicit instructions to suppliers to keep their responses short and concise, and that voluminous answers will be penalized. That’s evolution in action for you.

Step up to the opportunity, and responsibility, that writing a sales proposal requires. It pays huge with a higher win rate, more sales, and winning large bids that grow revenue fast.

What’s In Your Proposal?

Writing a Proposal: The Moment of Truth2011-08-032017-06-29https://www.revenue-iq.com/wp-content/uploads/rev-iq_logo_web.pngRevenue-IQhttps://www.revenue-iq.com/wp-content/uploads/sales-proposals-are-the-moment-of-truth.jpg200px200px
About
Chris Arlen
I consult with facility service contractors across North America who want to improve that "last mile" of sales success. We collaborate to create winning solutions; I bring outside expertise and best-practices, they bring specific customer insights and organizational knowledge. 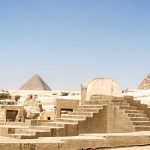