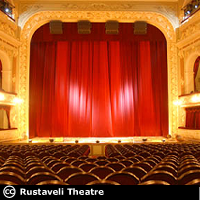 Sometimes selling is not about how-to. Sometimes it’s about context. This is one of those times.  Besides, when will you find Shakespeare, Petronius, Laurence Olivier and Marlon Brando all together in the same article about selling? It’s true, Google it.

Using theater as a metaphor for selling is relatively new. It’s only been around since sales trainers sold training, less than 100 years.

However, theater as a metaphor for life has been around much longer. In 1599, Shakespeare wasn’t the first to use the metaphor in his “All the world’s a stage, And all the men and women merely players”.

In the first century AD, Petronius (ca. 27-66 AD), wrote quod fere totus mundus exerceat histrionem: because almost the whole world are actors.  As a Roman consul and courtier in the reign of Nero, Petronius probably saw a lot of sales presentations and must have suffered through many painful ones. However, in Nero’s time bad presentations likely received harsher punishment than losing a sale.

Back to the present.

Since we are all actors in life, so we are when selling. And that brings us to a common misconception about acting. There is not one but two forms of acting. And the difference between them can make or break your success selling. 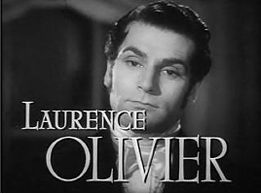 Laurence Olivier, arguably the greatest English stage and film actor in the last century, felt most comfortable acting when wearing a wig, a fake nose or some other elaborate make-up. According to one of his film co-stars, Peter Ustinov, Olivier often insisted on this, even when it wasn’t particularly required for the role he played.

As an actor, Olivier crafted his performance from the outside in. He presented his character by altering the way he spoke, moved and looked. In acting parlance, he “indicated” the character he was playing, and was brilliant at it. However, he was the extremely rare actor who delivered great performances by “indicating” them.

Compare Olivier with his American counterpart, Marlon Brando. Brando was arguably the greatest American film and stage actor of the last century. Yet he approached acting far differently than Olivier’s outside-in approach.

Brando lived his characters. Before performing his roles, he got inside their skin. He knew his character’s  lives as if they were his own; their histories, beliefs, values, prejudices, likes and dislikes. 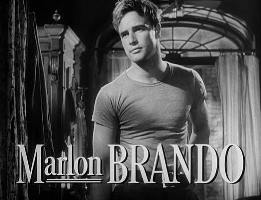 He asked himself what would he do in his characters’ situations if he knew what they knew. Then using the Magic If, he behaved as if he were in their situation.

As a result, Brando behaved naturally, he was present in the moment. Unlike other actors who pretended to be characters, Brando just was that person, authentic and honest. He acted from the inside-out, which is also known as Method acting.

The difference between indicating and behaving honestly is that we, the audience, can be persuaded to follow a Brando-type sales rep and do what is asked. Because that rep is present and authentic in what they’re doing, and they’ve done the right work in preparation. We instinctively know they are genuine.

However, with an Olivier-type sales rep, we know they’re acting, pretending to be something they’re not. We won’t follow their advice because we sense they’re lying, even though they may be very good at it. We can smell their insincerity.

Imagine if your customers felt you were not honest; you were only pretending: you only wanted your commission and not a good deal for them. That would be the end of your career.

But here’s the issue. Most sales reps believe (or want to believe) they’re viewed by their customers as authentic, honest, and genuine.

Yet when sales reps “indicate” they’re selling, their performances show them for what they are;  self-interested, shallow, and dissembling.

As it is with acting, so it is with selling, except more so. We believe (or want to believe)  we’re much better than our performances reveal.

And so ends this story about right-behavior for sales reps. If all the world is a stage, and all the men and women merely players, then how can sales reps become better actors?

Method acting, though it may be helpful in the long term, is hard work, time consuming and requires spending money, not making it. So:

The Show2012-03-222015-02-05https://www.revenue-iq.com/wp-content/uploads/rev-iq_logo_web.pngRevenue-IQhttps://www.revenue-iq.com/wp-content/uploads/rev-iq_logo_web.png200px200px
About
Chris Arlen
I consult with facility service contractors across North America who want to improve that "last mile" of sales success. We collaborate to create winning solutions; I bring outside expertise and best-practices, they bring specific customer insights and organizational knowledge. 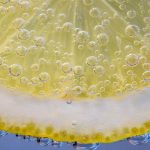