Hourly Wages by Any Other Name

For more than 400 years the often quoted “What’s in a name? That which we call a rose, by any other name would smell as sweet” implies that the name of a thing does not affect what it really is.

However, that’s not true for hourly wages in general, now that the $15 US federal minimum wage initiative has placed so much attention on hourly pay. This initiative may impact a lot of hourly workers (82.3 million in 2019) and millions of essential ones at that (47% of all workers have a median wage of less than $15 an hour, using 2018 data).

However, there are different types of hourly wage rates, and the conversation about them is more nuanced than it first appears.

And the different types matter; to the workers receiving them, to the businesses paying them, and to the pundits and politicians trying to spin the narrative or make changes.

Hopefully, there will be more equitable solutions if there is a greater understanding of wage rates.

To that end, here’s a 101 on US hourly wage types, and please note, the following are only descriptions of types, we leave to others what those rates should be.

The living wage in the US is best defined by the Department of Urban Studies and Planning at MIT as (emphasis mine):

The living wage is the minimum income standard that, if met, draws a fine line between the financial independence of the working poor and the need to seek out public assistance or suffer consistent and severe housing and food insecurity.

In other words, no one gets rich on a living wage – only that a full-time employee is able to meet their basic living costs.

To determine living wage rates in the US, Dr. Amy K. Glasmeier developed the Living Wage Calculator in 2004. The calculator generates market-driven, geographic-specific wage rates at the city, MSA, county, and state levels.

Hourly rates are provided separately for 1 adult, 2 adults with 1 working, and for 2 adults with both working – and these rates include numbers of dependent children – from zero to three per working adults.

MIT’s Living Wage is an exhaustive, data-driven tool that is hosted and updated by MIT with technical documentation that shows how a living wage is calculated and regularly updated.

And that food cost is based on the USDA’s low-cost food plan national average, which is the second-lowest of the USDA’s four cost levels and is really nothing to get excited about.

How to get more employers to pay a living wage?

They provide a mechanism to encourage businesses to voluntarily pay a living wage by promoting those who do.

In a survey of their participants, the Living Wage Foundation asked “What has paying the living wage done for your business?” and found:

For UK employers, the Living Wage Foundation provides a non-judgmental, voluntary option to pay a living wage. Those that can and want to, have a socially responsible way forward. Those that feel they can’t or don’t want to, don’t.

For service contractors, they can participate by offering two proposals during an RFP process: one priced with market-rate hourly pay, and another, alternative proposal with living wage rates. Again, customers (UK employers in this case) have the option to choose.

“The prevailing wage rate is the basic hourly rate paid on public works projects to a majority of workers engaged in a particular craft, classification or type of work within the locality and in the nearest labor market area” – California’s Department of Industrial Relations

“In the United States, the Davis–Bacon Act of 1931 and related amendments pertain to federally funded projects. There are also 32 states that have state prevailing wage laws, also known as “little Davis-Bacon Acts”. The rules and regulations vary from state to state.” – Wikipedia

Think of prevailing wage rates as hourly rates at higher levels, often at the same levels as union rates but specifically for publicly funded projects or services (which gets trickier with Public-Private Partnerships).

As you might imagine, union rates vary widely by locale and work but are mainly defined by their difference from non-union wages, this is the union wage premium.

“A union wage premium refers to the degree in which union wages exceed non-union member wages…Unions also try to reduce or eliminate pay discrimination and low wages. The wage gap of non-union workers and unionized workers since the 1970s has varied between 21% and 32% in the U.S.” – Wikipedia

In the US, 45 cities and counties have adopted minimum wages above their state and/or the federal minimum wage:

Local employers determine market-rate wages when they can hire and keep their hourly workers – as long as those rates are at or above the federal minimum wage.

In the US, 29 states and D.C. have a minimum wage that is higher than the federal minimum wage:

“Five states have not adopted a state minimum wage: Alabama, Louisiana, Mississippi, South Carolina and Tennessee. Two states, Georgia and Wyoming, have a minimum wage below $7.25 per hour. In all seven of these states, the federal minimum wage of $7.25 per hour applies.” – National Conference of State Legislatures: State Minimum Wages

The federal minimum wage of $7.25 per hour became law in 2009 in the Fair Labor Standards Act (FLSA).

It is the lowest legal wage rate in the US (except for the federal “tipped minimum wage” at $2.13 per hour, which has remained unchanged since 1991—a 23-year stretch).

The current $15 US federal minimum wage initiative is facing challenging political headwinds in the US senate and its passage is uncertain. It was born out of the “Fight for $15” in 2009.

The poverty wage, as defined in MIT’s Living Wage Calculator, is the threshold defined by the U.S. Department of Health and Human Services to determine eligibility for financial assistance from the federal government.

It reflects a person’s gross annual income and is adjusted for the number of dependent children per working adult, then converted to an hourly wage for the sake of comparison.

In the US, the poverty wage in some areas can be higher than the federal minimum wage, which means that one or two working adults, with or without children, can work full time yet still live in poverty.

The current conversation about what is an equitable, fair, and practical US federal minimum wage has placed the spotlight on hourly wages, highlighting their challenges and complexity.

For example, the single US federal minimum wage is a one-size-fits-all, that:

1. Was intended to enable full-time hourly-workers a life above poverty, a life that avoids the need for public assistance and does not suffer consistent and severe housing and food insecurity…and…

2. Is necessary because some states and locales avoid difficult decisions to establish their own minimum wage rates to keep full-time workers above the poverty line…and…

Hopefully, solutions will be found through greater awareness of the different types of hourly wage rates – and help understand the need to update the US federal minimum wage.

Hourly Wages by Any Other Name first published on LinkedIn

Hourly Wages by Any Other Name2021-03-192021-03-28https://www.revenue-iq.com/wp-content/uploads/rev-iq_logo_web.pngRevenue-IQhttps://www.revenue-iq.com/wp-content/uploads/hourly-wages.jpg200px200px
About
Chris Arlen
I consult with facility service contractors across North America who want to improve that "last mile" of sales success. We collaborate to create winning solutions; I bring outside expertise and best-practices, they bring specific customer insights and organizational knowledge. 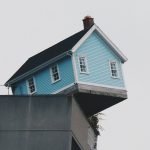 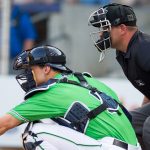 Call it what it is: Healthy CleaningContract Management, Service