When is Competitive Advantage Not?

Years ago, in a galaxy far, far away, B2B suppliers searched for unique competitive advantages. With one in hand, suppliers wowed buyers, bested competitors, and raced at warp speed beyond revenue and profitability goals, to boldly go where…

One Technology No Longer Cuts It

Competitive advantages were once always and only a new technology around a singular feature; one “disruptive innovation” that changed the entire game.

Suppliers invested and developed proprietary versions and pitched them until buyers no longer cared, or until the next new, shiny advantage arrived.

Suppliers hoped large investments in time and money had staying power with buyers, and couldn’t be replicated by competitors.

But competitive advantages have changed drastically. They just ain’t what they used to be.

Today, tech developers produce and sell specialized solutions to customers via SaaS. The supply side of tech development is so bountiful that almost any business function in virtually any industry can have multiple technologies selling to it. This means customers’ competitors can buy the same technologies they can.

In the past, these tech solutions would have been developed in-house and remain proprietary, but now…

Relying on one proprietary technology is no longer competitive or advantageous by itself — unless of course if it’s for anti-gravitational boots.

The cradle-to-grave lifecycle of competitive advantages has shortened to less than two to three years, and in some circumstances even less.

Competitive advantages only matter when they LEAD – when one or two suppliers at most have it in their market.

However, after more than a few suppliers use those same advantages, they’re obviously common and lose their advantage.

And buyers’ market awareness changes too. When buyers see the same competitive advantages often enough, they believe they are “market trends.” They become common requirements for suppliers to get into the game. If suppliers don’t have them, buyers lock them out of RFPs and suppliers CAN’T PLAY.

From advantage to requirement, competitive advantages never stay still. Here are a few examples from the facility services industry of the shortened lifecycle:

What’s the next competitive advantage? Is it AI/Machine learning? Likely, but for how long, one to two years?

And there’s always a trough of disillusionment with new competitive advantages to LEAD. When smoke-and-mirror claims don’t match deliverables, the over-promised become repetitive market failures and descend into cliché status.

So, if off-the-shelf technology is no longer a competitive advantage, what’s next?

Creative configuration is when a supplier uses multiple components (combinations of newer technologies, processes, data, equipment, etc.) to create a unique, cohesive solution for a specific customer in a certain circumstance – an intellectually compelling solution for buyers.

Creative configuration enables a high degree of customization and gives suppliers the agility to pivot and meet customers’ evolving needs. It can free suppliers from trying to force a proprietary technology onto every customer’s need.

Additionally, creative configuration means that suppliers with smart and creative solutions can win large opportunities often. “Smarts” are never limited to only large corporations. With the right team, smaller suppliers can be as creative, responsive, and competitive as the 800-pound, industry gorillas.

“When is Competitive Advantage Not?” first published on LinkedIn

Buying competitive advantage Marketing messaging RFPs sales proposals Selling
When is Competitive Advantage Not?2022-03-122022-03-12https://www.revenue-iq.com/wp-content/uploads/rev-iq_logo_web.pngRevenue-IQhttps://www.revenue-iq.com/wp-content/uploads/shutterstock_754571701-scaled.jpg200px200px
About
Chris Arlen
I consult with facility service contractors across North America who want to improve that "last mile" of sales success. We collaborate to create winning solutions; I bring outside expertise and best-practices, they bring specific customer insights and organizational knowledge. 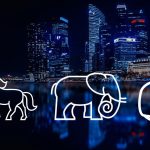