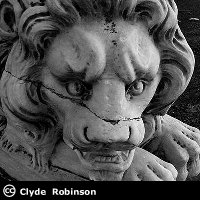 Think back to that time when you were learning that lesson; the time, the place, the circumstances (you can close your eyes if it helps). You there?

Here’s the payoff:  It seems our most valuable lessons come out of struggles and challenges.  The things we learned to really value aren’t easy, they take us out of our comfort zone.

That’s true in customer-supplier relationships – the school of hard knocks bats a thousand. Here are some realities that are probably the basis of many lessons learned. If you are, or have been a supplier you’ll likely recognize them.

Suppliers hope their customers seem them as partners.

Customers call their suppliers partners to their face, commodities to procurement, and adversaries to their boss when the supplier has repeatedly failed.

Partnership is the ideal customer-supplier relationship, but it’s not equal. Customers and suppliers may be partners, but the customer is the senior partner and suppliers are the junior partners. Who calls the shots?

As an incumbent supplier, before providing contract exceptions in a rebid RFP, consider what your business would be like if you were eliminated because of an exception you’ve taken.

Incumbent’s may believe they’ll get a chance to negotiate contract terms once they’ve been resigned.

However, rebids are run by procurement. When procurement determines too many contract exceptions have been taken they can eliminate the incumbent.

This elimination can occur before the incumbent’s proposal is even reviewed by decision makers. Oh, the horror!

There’s always legal justifications for suppliers making contract exceptions when requested in an RFP, but it’s difficult to have those negotiations when you’ve been eliminated.

Customers can ask for cost reductions, and do year after year.

Exasperated incumbents, after years of reduction exercises, may want to blurt out there’s no more savings to be had, “can’t go no lower”.

Once that cat is out of the bag it can’t go back, and it’s an easy tipping point for the customer to bid out the contract.

In reality, cost reductions are scope reductions. This is true after profits have been compressed and other pockets of fat have been squeezed out of suppliers’ pricing.

Suppliers, by not succumbing to that truth-serum temptation, can remain in the game, buying time and looking for other savings to the total cost of service.

In those budget negotiations, suppliers can push the burden of scope reductions back onto customers. By sharing the supplier’s budget with customers, customers are disabused of the belief that there are obscene amounts of profit available for blood letting.

Some customers can, and do, trade off a lower, unbelievable price today, for an increased number of service complaints in the future. Buying that low price today may help keep their jobs. They believe they’ll learn how to deal with upset end-users tomorrow.

That’s a gut check to suppliers about how aggressively they want to compete on price.

#5 Syndicating the Risk of Supplier Selection

The Great Recession has placed almost every spend on customers’ radar screens. And those customer contacts making spend decisions are equally conscious of the fact their decision is under scrutiny.

As a result, customers syndicate the risk of supplier selection by asking for their peers to sign off. This means suppliers are selling to more than just their contact, but must also persuade people they’ll never meet that they’re the best supplier choice. 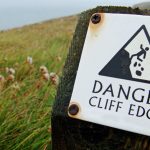